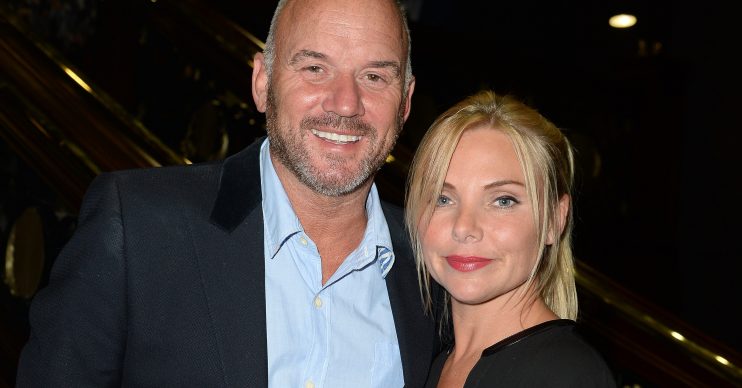 Samantha and Mark married in 2009

Emmerdale newcomer Mark Womack has revealed his wife, former EastEnders star Samantha Womack, criticises him over his role in the show.

The actor, who is playing Emmerdale‘s latest corrupt copper DI Malone in the ITV soap, recently spoke at a press day about his new role.

When asked if Samantha helps him with his lines, Mark said: “She has been helping me, yeah.

“She ran some of my first scenes and she went ‘this is a really good part’.

However he then revealed she isn’t always complementary!

“She criticises me, she says ‘you’re not gonna do it like that are you? You can do better than that.'”

When asked if he would dare say it back to her, Mark added: “No, because she’s really good. No, I would actually. She’s never needed me.”

Who did Samantha play in EastEnders?

Samantha played Ronnie Mitchell in EastEnders on and off from 2007 until her character’s death in 2017.

Ronnie died after jumping into a pool to save her sister Roxy, who was drowning.

However her wedding dress dragged her down and both women ended up drowning.

Mark has previously revealed the advice Samantha gave him as he took on his first role in a continuing drama: “Learn your lines and don’t knock anything over.”

Who is DI Malone?

Mark’s alter ego dodgy Detective Inspector Malone has only been on screen for a few weeks and managed to cause issues for villagers, even proving a challenge for Cain Dingle.

He’s got Will, Cain and Billy working for him and moving drugs around, but Cain soon has a plan to bring him down.

What’s next for DI Malone and Cain?

Next week, Cain tells Will to pick a side and reveals he’s getting rid of Will once and for all.

Cain is fuming when Will takes the 4X4 that he was keeping as leverage against Malone.

What will Cain do?