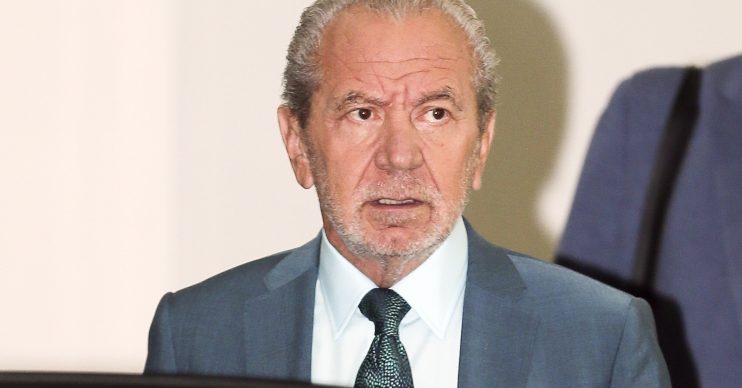 BBC soap EastEnders has ‘hired’ Lord Sugar as a script writer after he predicted some storylines.

Earlier this month, The Apprentice star Lord Sugar tweeted: “I told you Denise was wrong. Patrick’s wife is not cheating, she has a grown son, that’s who she was calling.

“I also told you Keanu is not dead. @bbceastenders.”

I told you Denise was wrong. Patrick's wife is not cheating, She has a grown son, that's who she was calling. I also told you Keanu is not dead. @bbceastenders

Lord Sugar came back at the soap saying: “I am available Monday to Friday if you need any script writing or better still script testing @bbceastenders.”

I am available Monday to Friday if you need any script writing or better still script testing @bbceastenders https://t.co/S3GImc8tVh

The soap then told Lord Sugar he is hired.

The business magnate already has a connection to the BBC soap as his niece is Rita Simons, who played Roxy Mitchell on and off from 2007 until 2017.

Lord Sugar is married to Rita’s aunt Ann Simons, and the pair have three children together.

Rita left the soap in 2017 when Roxy, along with her sister Ronnie, died on New Year’s Day, which was also the day Ronnie got married to Jack Branning.

Roxy, who had taken drugs, jumped in the hotel pool and suffered a heart attack.

Ronnie dived in after her but her wedding dress was too heavy and the pair of them drowned.

Currently in EastEnders, Keanu Taylor went on the run after Phil Mitchell found out Keanu is the father of his wife Sharon’s baby.

With Keanu also being engaged to Phil’s daughter Louise and being the father of her daughter Peggy, he left the family furious and wanting revenge.

Phil’s son Ben organised for Martin Fowler to kidnap and kill Keanu and with Louise’s help he managed to get him away.

However, Martin, along with unwitting witness Linda Carter organised for Keanu to go on the run and set up a fake video of them killing Keanu, which they later showed to Ben.

Some viewers have predicted Keanu will return for the show’s 35th anniversary this year.

Hopefully Lord Sugar will tweet more of his predictions!