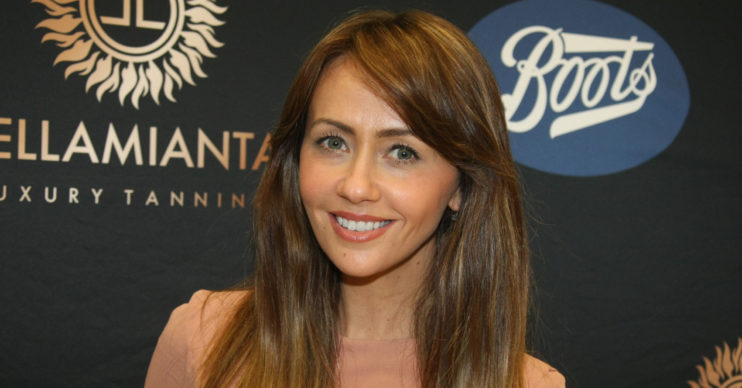 The Maria Connor actress is letting it go natural

Coronation Street actress Samia Longchambon has revealed a snap of her ’80s hair’ while she continues in lockdown.

Samia is isolating with her husband Sylvain and kids Freya and Yves.

She has shared numerous hair updates while she’s not been at work and the latest shows her letting her hair go wavy.

Read more: Coronation Street SPOILERS: Adam in trouble as he closes in on killer Gary?

Samia, looking stunning, captioned the snap: “80s hair don’t care. All I need now is a wind machine and I’m good to go!”

She also hashtagged that it was her natural hair and she ‘woke up like this’.

Tina O’Brien, who plays Sarah Platt on the cobbles, wrote: “WOW, love it. You look incredible.”

And Lucy-Jo Hudson, who played Katy Harris, said: “Ah, I love it.”

Last month, Samia was forced to give herself a DIY fringe trim.

She posted the results of her new do to her Instagram stories.

Alongside the picture, she wrote: “Doing my DIY fringe trim makes me more happy than it should these days. #Simplepleasures.”

Fans of the ITV soap will know Samia’s alter ego Maria is a hairdresser.

Although Samia plays a sytlist on screen, a few weeks ago she admitted she’s “not as skilled as Maria when it comes to hair.”

In fact, her husband, Dancing On Ice professional, Sylvain Longchambon coloured her hair for her as she was too nervous to try herself.

The soaps were forced to shut down filming due to the coronavirus pandemic and many of their stars took the opportunity to change their hair.

Usually when filming they have to keep things the same for continuity.

Read more: Emmerdale boss reveals there will be a socially distanced murder

Speaking on Lorraine, John admitted: Most of the cast for some reason decided to shave their heads and all the female cast decided to dye their hair puce, which is a problem when everyone’s coming back to work.”

Referring particularly to Danny Miller having shaved his head, John added:  “So we’ve had to put quite a lot of lines taking the [bleep] out of his hair.”

Have you dyed or cut your own hair during lockdown? Leave us a comment on our Facebook page @EntertainmentDailyFix and let us know what you think of this story.