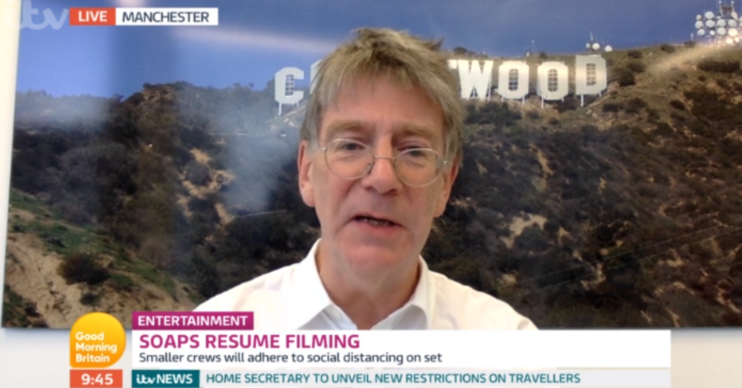 He was talking about Danny Miller's head

In today’s instalment of Good Morning Britain with Lorraine, the host was joined by ITV’s Managing Director of Continuing Drama for a video interview to talk about Emmerdale and Coronation Street’s return to filming.

On the segment, John talked about cast members who have changed up their hair.

What did John say?

After a clip of Danny Miller outside the Emmerdale set was shown, John spoke about Danny’s hair – which he has shaved in lockdown.

He said: “You can also see my biggest problem right there with Aaron’s haircut.

“Most of the cast for some reason decided to shave their heads and all the female cast decided to dye their hair puce, which is a problem when everyone’s coming back to work.

“Yeah how did his hair get like that? So we’ve had to put quite a lot of lines taking the [bleep] out of his hair.”

For those wondering, the word began with the letter P and rhymes with the word ‘miss’!

Whilst Lorraine didn’t appear to hear the swearing and failed to apologise, viewers at home did pick up on the slip.

Ooooo… it's all a bit sweary this morning #GMB #lorraine 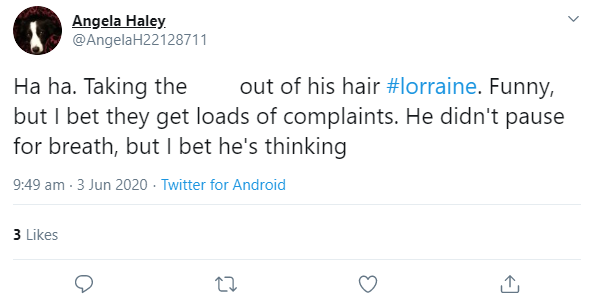 When are Coronation Street and Emmerdale returning to filming?

Emmerdale was the first soap to head back to work.

Currently they’re filming special lockdown episodes. These episodes will air twice a week over the next three weeks.

It’s all a bit sweary this morning.

Meanwhile Coronation Street will return to filming on June 9.

Whilst filming goes ahead, they will have to adhere to new health and safety guidelines, which includes social distancing.

Are you returning to work soon? Leave us a comment on our Facebook page @EntertainmentDailyFix and let us know what you think of this story.