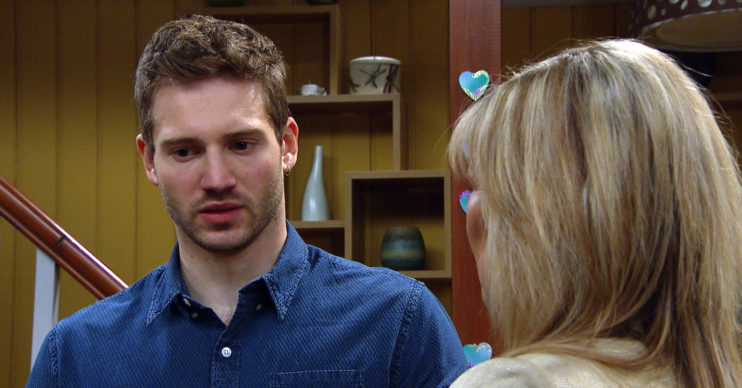 Emmerdale boss reveals there will be a ‘socially distanced’ murder

But who is the victim?

Emmerdale boss John Whiston has revealed there will be a ‘socially distanced’ murder coming up in the soap.

John, who is the Managing Director of Continuing Drama and Head of ITV in the North, appeared on Sky News on Tuesday (June 9) to discuss returning to filming and let slip there is going to be a murder in the Dales “quite soon”.

“But yes, a lot will have to rely on the way actors act and the power of the script.”

During a virtual press conference last week, executive producer Jane Hudson hinted at the plot too.

“We have got a storyline coming up which we shoot very, very soon,” she said, “and we’re too far down the line to change it really. We’re commited to it.

Who will die in Emmerdale?

So, who will be killed off? With so many storylines left on a cliffhanger ahead of the soap’s return to filming, it’s anyone’s guess.

DI Malone is terrorising the village – could he be on the list? Or will he kill off Will Taylor so he can get Harriet all to himself?

Or could the Andrea/Jamie/Belle love triangle end in murder?

Young Amelia is struggling over her dad’s life-changing injury and is seeking revenge on Brenda. She’s started with egging Brenda’s cafe, but could her revenge plot turn more sinister?

Emmerdale was the first soap to resume filming after TV production was suspended in March.

The soap returned in order to film special lockdown episodes, which feature two or three characters.

And we actually have one coming up in Emmerdale quite soon.

What is happening with Emmerdale lockdown episodes?

On Monday (June 8), viewers saw the first lockdown episode which showed Sam and Lydia struggling to get along in isolation.

However things aren’t smooth sailing between the nephew and uncle.

When Cain sees there’s a letter with a prison stamp on it, he hides it from Aaron knowing it will be from his ex-husband Robert.

But when Cain later lets slip that he hid the letter, Aaron is fuming. Meanwhile Cain struggles to open up about his feelings.

Will you be watching the lockdown episodes?