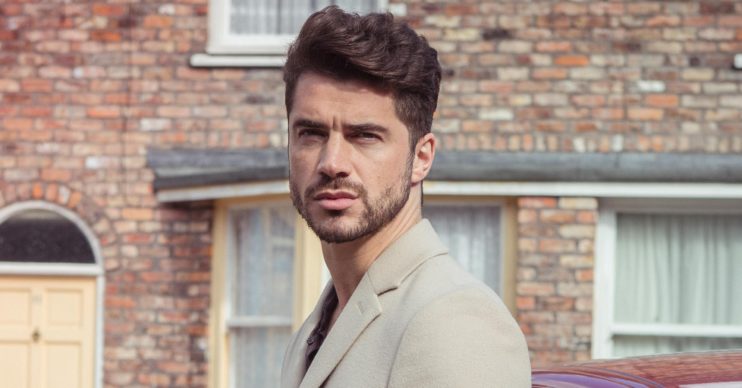 Coronation Street SPOILERS: Adam in danger as he closes in on killer Gary?

Adam is trying to work out where Rick is

In next week’s Coronation Street, Adam tries to dig deeper into Gary and Rick’s history. But is he putting himself in danger?

Fans of the show will know that Gary is responsible for the death of loan shark Rick Neelan.

As Gary has created his fiction that Rick ran off and he is the only one who has any contact with him, his enemy Adam Barlow has started to become suspicious.

In the upcoming scenes, Adam quizzes Laura about Rick.

Laura admits to the solicitor that she has no idea where her criminal ex-husband is but she could do with tracking him down as he owes her maintenance for Kelly.

Revealing his occupation to Laura, he hands her his business card. But how will Gary react when he finds out Adam is digging around Rick’s mysterious disappearance?

We know he has it in him to kill!

Meanwhile Gary warns Laura that she needs to move away as Rick wouldn’t want his daughter living in such a dump. But she tells Gary without Rick’s maintenance money, it’s all she can afford.

What does Adam know already?

When Adam returned from his honeymoon a few weeks ago, he was shocked to learn the new girl in Amy’s friendship group was Rick’s daughter.

However, he started to become suspicious when he heard that Rick only seems to contact Gary.

But Adam isn’t the only one who’s suspicious, as Imran has also picked up on Gary and Kelly’s talks.

What really happened with Rick?

While Gary is pretending Rick is just abroad, Rick is of course dead.

Last year, the loanshark led Gary to believe he took his ex-girlfriend Sarah hostage. Fearing the worst, Gary went after Rick and killed him before burying him in the woods.

Read More: Coronation Street viewers in tears as Yasmeen opens up to Alya about Geoff’s abuse

But when Kelly became suspicious of her dad’s disappearance, and the fact Gary was hanging around his dad’s office, she began looking for answers.

Gary told the teenager that Rick had fled abroad as the police were after him. But now Adam and Imran are starting to uncover new information, will they find out what really happened to Rick?