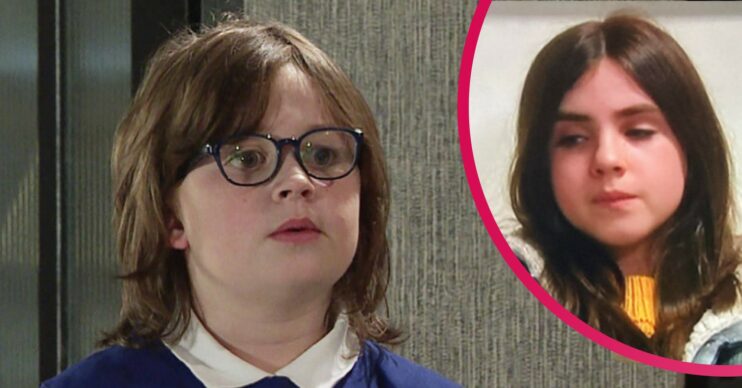 The soaps have some major young talent on their books

Soaps like Coronation Street, Emmerdale and EastEnders are the perfect breeding ground for young talent.

This year five young actors have shown just how talented they are in difficult circumstances.

And we think they all deserve awards for their work.

Rarely is a child star so talented that they can carry huge storylines on their own back – but Amelia has done it.

She has handled everything from her character’s mum dying, her dad being imprisoned for murder and now her dad’s devastating stroke.

She’s a real actress with a real future.

And after this year she deserves all the awards available.

After watching Jude in Coronation Street, there can be no-one doubting his talent.

He’d already won the hearts of the nation with his brilliant performance of young Sam Blakeman.

But his work after the death of his character’s mum Natasha he has been nothing short of heartbreaking.

Even in silence he managed to keep up with his older co-stars.

He’s already won one award – but he deserves every award going after this last year.

Tackling a bullying storyline would be hard for any young actor – especially in a soap.

But to tackle it with a knife crime storyline – that’s on another level.

And actor Sonny has proven he can keep up with his much more experienced co-stars in the most dramatic of scenes.

Give him awards just for being able to keep up with Phil Mitchell with a baseball bat!

After years of not really having a storyline – Max had been forgotten about, much like his rarely seen sister Lily.

But since Paddy has taken over the role he has shown that Max is a David Platt in training and he has been a revelation.

Making viewers hate Max for his dastardly and cruel schemes, Paddy has played the part to perfection.

And he even had viewers feeling sorry for him when he showed his vulnerability.

Proving that talent does run in the family, Emmerdale’s Amelia’s younger sister has proven herself to be every bit the actress.

Although younger, the way Isabella has played troubled Hope has been incredible.

She can leave you heartbroken one moment and utterly terrified the next as Hope’s campaign of terror continues on the cobbles.