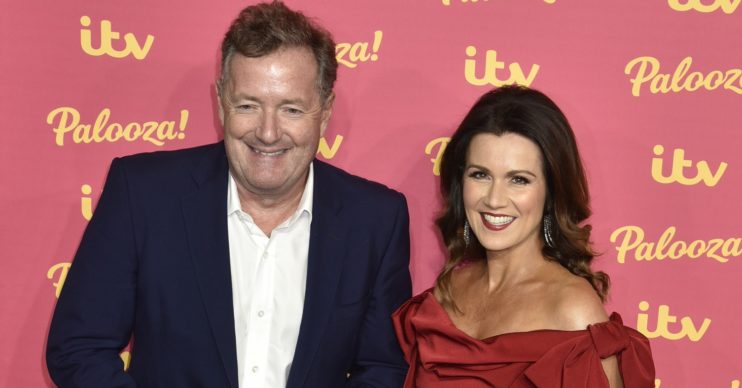 She couldn't believe it

Presenter Susanna Reid has revealed that she recently asked Piers Morgan how he avoids rowing with his wife – and his response left her speechless.

In her latest column, the Good Morning Britain host, 49, reflected on five years of “TV marriage” with Piers, 55.

She addressed the fact that they constantly row on the daytime TV programme. It happens partly because they disagree on a range of issues, she explained. But it’s also because she needs to present an opposing view.

Writing in the Daily Mail, she insisted it’s “not just for the cameras” as they “often have rows in the editorial meeting” before going on air.

“I’m there to represent the other side, even when it’s unpopular,” Susanna said, adding: “He needs me to be the yin to his yang.”

Susanna explained that she asked Piers – whom she called her “TV husband” – for his view on the secret to a long-lasting relationship.

His reply left me speechless.

And he told her: “In an argument, it is always important that someone knows when to stop.”

Susanna called it ‘ironic’ coming from Piers, given the fact he rarely backs down in a verbal duel.

So she asked about his marriage to author Celia Walden, wondering if Celia was the one who ‘knew when to stop’.

She wrote: “His reply left me speechless. He said he could count on the fingers of one hand the number of times he and his wife have had a serious row in the 10 years they have been married.”

Piers said it’s because he spends “all day” shouting at people on GMB and Twitter. When he gets home, he “can’t be bothered” to argue.

Piers tied the knot with Celia in 2010. They share daughter Elise, eight.

The GMB host has three other children from his marriage with his first wife, Marion Shalloe – Spencer 26, and Stanley, 23 and Albert, 19.