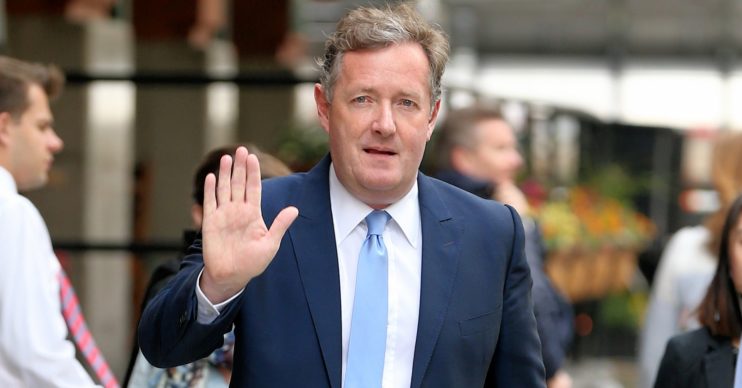 He couldn't believe it

Presenter Piers Morgan was left gobsmacked when his son, Spencer, revealed how he had spent his Thursday.

On Twitter, the Good Morning Britain host’s eldest lad, 26, told his followers an emotional music video had reduced him to tears.

Spencer confessed that he was watching a clip of singer Celine Dion when he started ‘welling up’. And while he joked that it was “decent”, he admitted afterwards he had “lost it”.

How did Piers respond?

He tweeted on Thursday (May 28) afternoon: “How’s your Thursday? I’ve just just welled up watching a video of Celine Dion singing My Heart Will Go On live on YouTube. Decent.”

Piers, it seems, was in total shock that the song – famously the main theme for the 1997 blockbuster Titanic – would have made his son cry.

The daytime TV favourite tweeted back in all caps: “You’ve WHAT?”

In the replies, Spencer joked simply: “Lost it.”

Piers shares Spencer with his ex wife Marion Shalloe, with whom he also has Stanley, 22, and Albert, 19. Pier’s youngest, daughter Elise, is from his relationship with his current wife, Celia Walden.

The star is on a break this week from Good Morning Britain, which he presents alongside his co-host Susanna Reid.

Earlier today, he sparked concern on Instagram with a picture of himself enjoying his time off.

A break from GMB

While he looked happy enough in the picture, some of his fans were concerned for his health.

Piers beams in the photo as he gives a thumbs up outside London’s Cafe Phillies, which he joked was his “second office”.

He wrote in the caption: “First coffee from my second office @cafephillieslondon since lockdown.”

First coffee from my second office @cafephillieslondon since lockdown. It’s the best café in London. Great to see them still going despite all the difficulties. Please support them if you’re in the area.

Writing further, Piers heaped praise on the Kensington-based business, saying he was pleased it was still operating despite the coronavirus pandemic.

He continued: “It’s the best café in London. Great to see them still going despite all the difficulties. Please support them if you’re in the area.”

But some of his fans commented to ask why he wasn’t wearing a mask and gloves in the picture. Others asked if the staff at the cafe had worn protective gear.