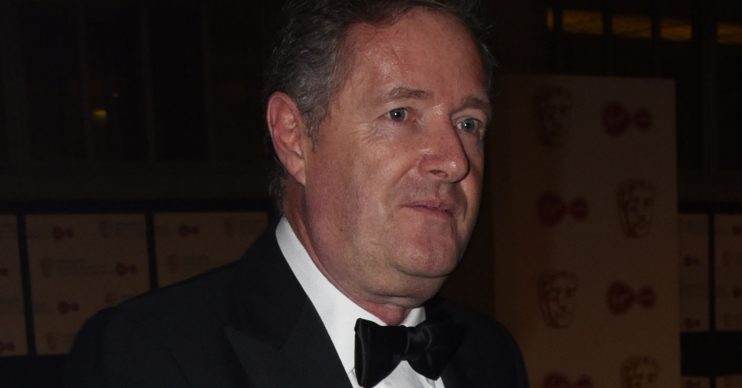 Presenter Piers Morgan has been brutally fat-shamed by his daughter for comparing himself to actor Colin Firth.

The Good Morning Britain host, 54, told his Instagram followers that he watched Love Actually for the first time with eight-year-old Elise.

And when he told her that people often confuse him for Firth, who plays heart-throb divorcee Jamie in the popular Christmas film, she was having none of it.

Watching Love Actually with my daughter for the first time, and explained that people often mix me up with Colin Firth. There was a lengthy pause. 'No Dada.. you're a lot fatter.'

Piers wrote, alongside a snap of himself smiling next to Firth: “Watching Love Actually with my daughter for the first time, and explained that people often mix me up with Colin Firth.

“There was a lengthy pause.

A number of Piers’ celebrity pals were quick to laugh at his story, with singer Myleene Klass and former footballer Robbie Keane both commenting with strings of laughing-face emojis, and reality star Mark Wright simply writing: “Hahahaha.”

She’s got your sense of humour and sharp wit!

But for some of Piers’ followers, it was a sign that Elise is set to take after her dad.

One of his followers joked: “The branch hasn’t fallen far from the tree has it, she tells it as it is…”

Another commented: “Hahaha she’s got your personality then.”

Someone else pointed out: “She’s got your sense of humour and sharp wit!”

It’s not the first time the cheeky youngster has taken aim at her old man over his appearance.

There was a hilarious moment on GMB earlier this year when she called Piers a “pig” as he presented the daytime programme.

He was on with his co-host Susanna Reid when he revealed Elise had just emailed to tell him he looks “terrible”.

Looking down at his phone, a shocked and mildly outraged Piers said: “I just got a lovely charming message from my seven-year-old daughter Elise, who watches the programme. Morning Elise! She just sent me a lovely email saying, ‘Hi Pig, you look terrible’.”