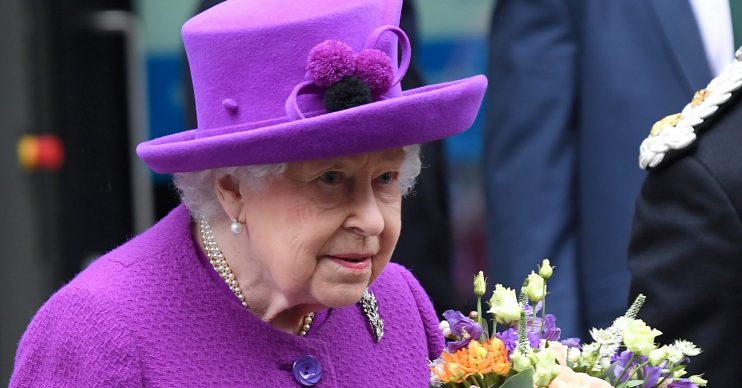 Her Majesty the Queen was pictured looking radiant in purple as she was photographed opening a new hospital in London on Wednesday.

The monarch, 93, was snapped in a purple coat with a matching hat and floral brooch during her visit to the new premises of the Royal National ENT and Eastman Dental Hospitals today (February 19 2020).

Read more: Queen wants Beatrice and Eugenie to ‘step up’ after Harry and Meghan quit the royals

The engagement is the Queen’s first since it was revealed her nephew is getting divorced.

On Tuesday, it was reported that the Earl of Snowdon and his wife, the Countess of Snowdon, are to go their separate ways.

The Earl and Countess of Snowdon have amicably agreed that their marriage has come to an end.

David Armstrong-Jones, son of the Queen’s late sister Princess Margaret and 21st in line to the throne, has been married to Serena Armstrong-Jones for 26 years.

Reps for the pair, who have “amicably agreed” to split, said in a joint statement: “The Earl and Countess of Snowdon have amicably agreed that their marriage has come to an end and that they shall be divorced.

“They ask that the press respect their privacy and that of their family.”

The announcement follows the news that the Queen’s grandson, Peter Phillips – the son of Princess Anne and her ex-husband, Captain Mark Phillips – has split from his wife.

The 42-year-old marketing consultant and his estranged spouse, Autumn, reportedly believe ending their 12-year marriage is the right thing to do for the sake of their daughters, Savannah, nine, and Isla, seven.

As the Queen headed out to the Royal National ENT and Eastman Dental Hospitals today, the Royal Family’s official Instagram account posted a birthday message from the monarch to her son, Prince Andrew.

A tribute to her second son, who turns 60 today, featured two images of the Duke of York – one of him as a baby and another from the present day.

It was shared despite Andrew’s involvement in the Jeffrey Epstein sex scandal, amid reports Her Majesty had ‘cancelled’ his birthday party in light of the allegations.