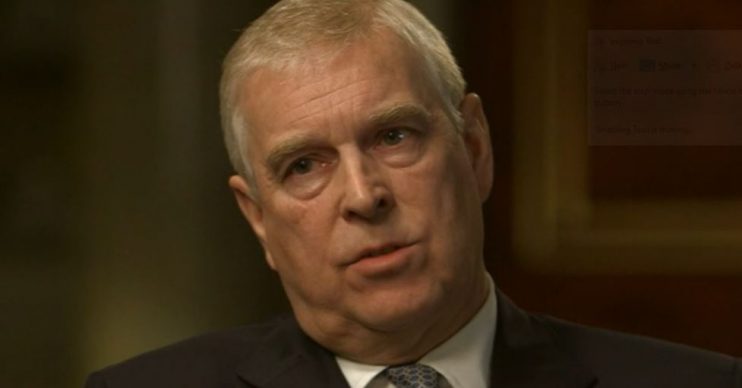 The Duke of York is also stepping back from royal duties

Her Majesty will be organising a small family dinner for his birthday on February 19 instead, according to the Sunday Times.

On Wednesday, the Duke of York announced he was stepping back from royal duties for the “foreseeable future” following the high-profile interview, which saw him discuss his relationship with convicted paedophile Jeffrey Epstein.

Read more: Prince Andrew ‘let side down’ over friendship with paedophile

According to reports, the Duke’s daughter Princess Beatrice and ex-wife the Duchess of York both played a part in helping set the interview up.

The Mail on Sunday reports Sarah Ferguson was keen to put an end to any speculation surrounding Prince Andrew’s relationship with Epstein.

However, while she had been abroad during meetings with the Newsnight team, Beatrice stepped in instead.

Read more: Andrew Maxwell breaks down in tears and threatens to quit I’m A Celebrity

“Sarah [Ferguson] was abroad so Beatrice sat in on the discussions. Initially, Beatrice was sceptical that a television interview, which would inevitably delve into her father’s private life, was such a good idea,” a source is reported to have told the newspaper.

“She was asking lots of pertinent questions and had her doubts. But by the end of the meeting she was convinced by the Newsnight team and Amanda Thirsk that they had no choice – that it was the only way to put all the rumours behind them.”

The publication claims Beatrice is now ‘mortified’ for allowing the interview to go ahead.

The Queen’s second son said last week he was stepping back from royal duties after a host of businesses and charities severed ties with the Duke.

“It has become clear to me over the last few days that the circumstances relating to my former association with Jeffrey Epstein has become a major disruption to my family’s work and the valuable work going on in the many organisations and charities that I am proud to support,” his statement read.

“Therefore, I have asked Her Majesty if I may step back from public duties for the foreseeable future, and she has given her permission. I continue to unequivocally regret my ill-judged association with Jeffrey Epstein.”