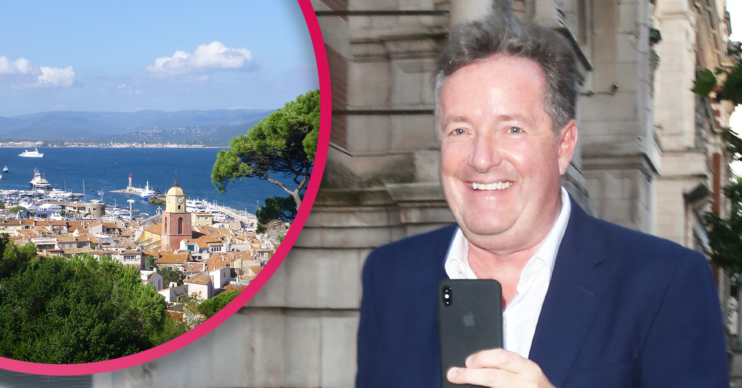 The GMB star has found himself on the receiving end for once!

The Good Morning Britain star was enjoying a meal with the eight year old when she made a rather cheeky jibe.

While sat across the table from him, Elise snapped a picture of Piers as he looked at his phone.

My daughter texted this to me from across the dinner table last night. I told her to be more entertaining.

The school girl then decorated her picture with laughing emojis, captioning it: “Bored to death.”

Sharing it on his Instagram page, Piers told his followers: “My daughter texted this to me from across the dinner table last night. I told her to be more entertaining.”

Commenting on his post, one fan said: “Hilarious! Bet it made you laugh! 😁.”

My daughter texted this to me from across the dinner table last night.

Another added: “She’s quite the comedian lol.”

A third suggested: “We all hear those words! Play a game together… if that doesn’t work, switch off her phone 😂.”

Piers, 55, is currently enjoying a very long summer holiday with his wife Celia and his kids.

Initially, after waving goodbye to GMB in July, he travelled to his second home in East Sussex.

After a few days there, Piers flew to France and has been living it up in Saint Tropez ever since.

He has managed to reunite with two of his sons, who he had during his first marriage, and has even dined with showbiz royalty.

The pair enjoyed a slap up meal at exclusive restaurant Club 55 and the wine and seafood were flowing.

Piers joked with his fans: “Don’t you wish someone looked at you the way Dame Joan looks at me?”

While in France, Piers has also enjoyed a meal with his celebrity pal Amanda Holden and her husband Chris Hughes.

The couple were visiting the area with their two daughters so decided to have a catch up with Piers.

Meanwhile, fans back home have been missing their daily dose of Piers each morning.

Along with his co-star Susanna Reid, the GMB presenter is not due to return to the ITV breakfast show until September.

One fan recently tweeted: “God I miss you Piers.… every morning.”

Another teased: “When are you back? I do miss you!”

Do you miss Piers Morgan on GMB? Tell us on our Facebook page @EntertainmentDailyFix.