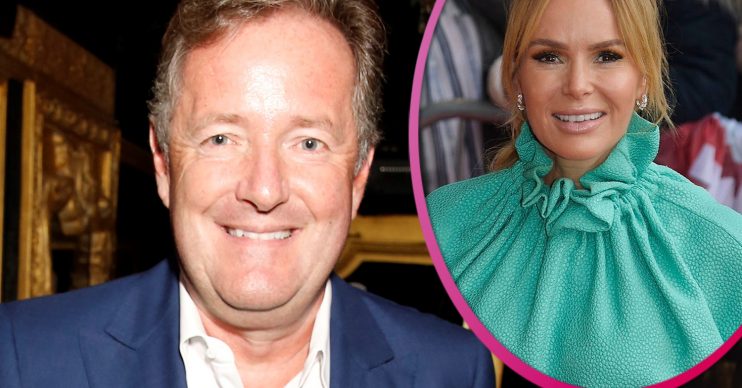 Piers Morgan and Amanda Holden have been spotted enjoying a boozy lunch in the South of France.

The pair are certainly making the most of their summer break in the luxury St. Tropez resort, which included a boozy meal out with their close family and friends today (July 23).

They were joined by Piers’ wife Celia Waldren and his three sons, as well as Amanda’s husband Chris Hughes.

Former F1 driver David Coulthard also got in on the fun as Piers’ eldest son Spencer documented the occasion on Instagram Stories.

He shared a clip of the group sitting at a restaurant table, while his dad served up Rosé wine.

Despite injuring his leg earlier this week, the GMB star appeared in high spirits as he chuckled away.

Spencer followed the clip with a shot of Piers and Amanda being sweetly serenaded by a musician.

Making fun of the pair, Spencer captioned the shot: “Shambles.”

The controversial presenter, 55, is clearly on the road to recovery following his recent injury.

Earlier today, Piers revealed his sons had told him to “man up” as he remains on crutches.

He gave followers an ankle update on Twitter, saying: “Sore. But my sons are constantly reminding me to take my own regular advice over such matters & ‘man up’. So I am.”

It comes days after Piers told fans he had injured his leg during the summer break.

The star shared a photo to Instagram of himself and his three sons Spencer, Stanley and Bertie.

He captioned the shot: “Peg-leg. (Nothing like tearing a tendon on Day two of a six-week holiday)”.

The holiday hasn’t been a complete disaster for the morning show host, having recently been treated to a BBQ by his sons.

He also shared how he was kicking off his holiday in style at lunch with Joan Collins.

Piers joked on Instagram: “Don’t you wish someone looked at you the way Dame Joan looks at me?”

Plus the TV star had a smooth journey over, and thanked British Airways for being “efficient, courteous and safety-conscious”.