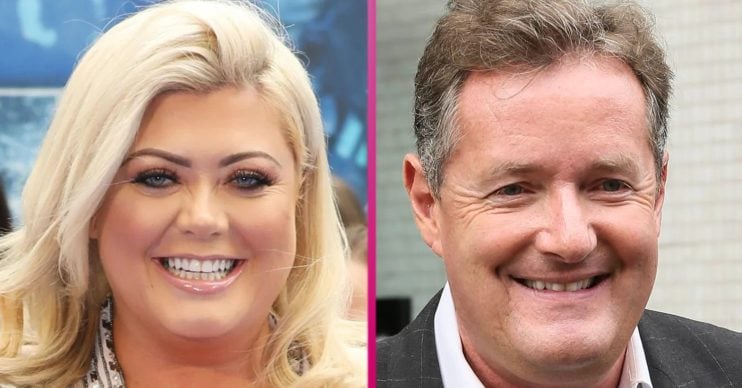 Life Stories host Piers Morgan has been praised by Gemma Collins for publicly defending her over vile death threats.

In addition, she urged social media platforms to make a stand against trolling.

On Instagram, Gemma shared a clip from Piers’ speech on Monday.

“Thank you always to @piersmorgan for being so supportive of me. Why aren’t the social media platforms banning people for misuse hate and negativity?”

In addition, she said: “Should they be doing a lot more!!! HELL YES. Why do the platforms allow it??”

The reality star’s upcoming appearance on Life Stories angered some fans, with some even sending Gemma death threats.

Read more: Gemma Collins says she’ll be ‘pregnant and engaged by the end of the year’

What did Piers Morgan say on GMB?

Hitting back at the criticism, Piers said: “No one should have to put up with people on Twitter spewing the kind of vile abuse and death threats that they have been spewing at Gemma Collins.

“The moment I announced I’m doing it, out it poured.

“People on Twitter saying, ‘I hope you die.’ This is a malevolent thing in our culture and society now.”

In addition, he shared: “There’s no regulation. If a newspaper did that or if we did that today and spent the next five minutes wishing people dead, we’d be taken off air.”

When can I watch Piers Morgan’s Life Stories?

The host previously promised the programme will show “tears, laughs and sex tapes”.

Meanwhile, Piers released a clip from tonight’s episode to  Twitter.

In it, Gemma breaks down in tears as she discusses the negatives to being in the spotlight.

Want to be a reality TV star? Maybe watch tonight’s Life Stories with Gemma Collins & then decide if it’s a life you still want to lead… ITV, 9pm
👇👇👇 pic.twitter.com/QME16GL3AE

After seeing a clip of the abuse she’s received, Gemma says: “That’s the downside of fame.

“I’m a lot more comfortable now in my own skin.”