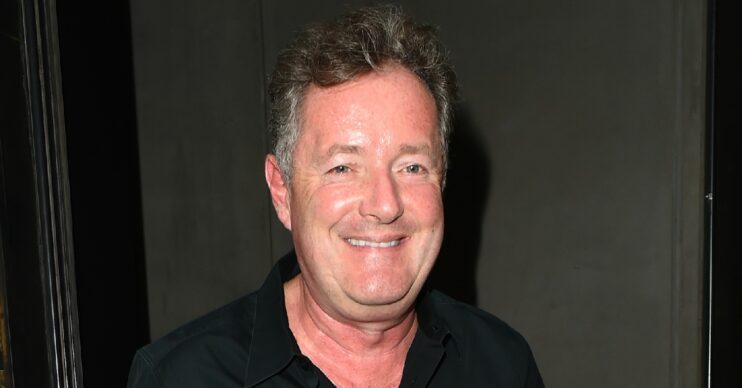 He's shedding some positivity for once!

Piers Morgan has taken to Instagram to reveal his goddaughter, Gabby Tomlinson, is happily engaged.

But while on holiday in Antigua with his three sons, Piers announced the joyous news.

Earlier today (August 26), Piers shared a screenshot of a video call with his goddaughter.

The shot showed the controversial host on a boat while Gabby flashed her ring at the camera.

Piers appeared delighted in the photo, which he followed with a picture of Gabby and her partner Harry.

He captioned the post: “When your goddaughter FaceTimes you as you’re out at sea, and says nothing as she flashes a big sparkly ring!

Fans rushed to comment on the announcement, with one joking: “She wants you to pay for the wedding.”

A second added: “What a lucky girl having you as a godfather!”

In addition, a fourth shared: “Who wouldn’t want Piers Morgan as their godfather? Congratulations!”

Read more: Piers Morgan responds to reports GMB staff ‘are desperate for him to return’

Piers is currently away with his three sons Spencer, 28, Stanley, 24 and Bertie, 20.

During the trip, the group have shared a series of intimate holiday snaps.

One included a photograph of Piers in the sea, captioned: “Plotting global domination.”

Piers hits out at Prince Harry and Meghan Markle

However, the break hasn’t stopped Piers from taking yet another shot at Prince Harry and Meghan Markle.

The former GMB star hit out at the couple on Twitter earlier today.

It came after a Daily Mail article claimed that Harry and Meghan were considering naming the ‘royal racist’ in their Oprah Winfrey interview.

Addressing the headlines, Piers tweeted: “Go on then, you gutless weasels – name the supposed royal racist and let them respond.”

He added: “Otherwise you continue to smear the whole family.”