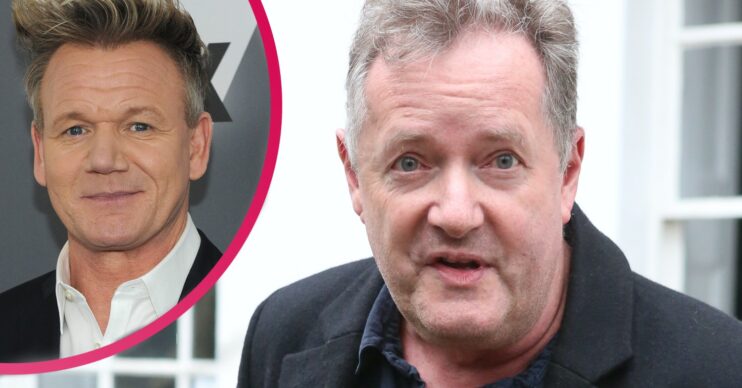 Piers Morgan lost his rag on Twitter after it was revealed he was voted only seventh sexiest male TV show host.

Former Good Morning Britain presenter Piers, 56, did not take kindly to coming so low on the list.

Tweeting out an image of Gordon Ramsay – the winner of the poll – and a link to a story in the Scottish Sun, Piers fumed.

He captioned the link with a one-word exclamation: “WHAT?”

Poor Piers followed it up with an angry swear emoji.

It seems the star didn’t take too kindly to being voted so far down the list, especially when you take a look at who came above him!

Who else was voted above Piers?

Compiled via the amount of positive tweets they got, the poll listed a top 10.

Coming second to Gordon was Richard Madeley (who replaced Piers as a guest host on GMB), while Jonathan Ross came third.

Other names in the top 10 include Sir David Attenborough (who’s 95-years-old) and Paul O’Grady, as well as James May, Paul Hollywood, Noel Fielding and Jeremy Vine.

At least Piers beat out his rival, Dan Walker, who failed to make the top 10.

Who do ED! staff members have a crush on?

While Piers Morgan fumed on Twitter, for a bit of fun we asked around the ED! office to see who came top of our male TV crushes.

Elsewhere, we think Sean Fletcher from GMB is phwoarsome, as are Vernon Kay, Gethin Jones and Paddy McGuinness.

And if you’re after laughs, Ant and Dec were also in our own little office poll!

Which male TV presenter do you have a crus on? Leave us a comment on our Facebook page @EntertainmentDailyFix and let us know what you think of this story.