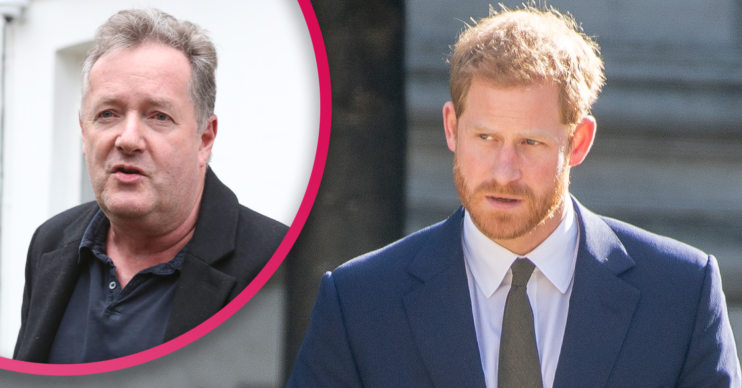 The memoir is due out late next year

Piers Morgan has reacted to the news that Prince Harry is set to release a tell-all book.

And, we’ve got to be honest, his expletive-laden rant will do little to heal the rift between the ex Good Morning Britain host and the royal.

Of course, Piers quit his job back in the spring after slamming Harry’s wife Meghan Markle and the couple’s Oprah Winfrey interview.

And now the ex-GMB host has reacted to news of Prince Harry‘s tell-all memoir.

So what is Prince Harry writing a book about?

Last night (July 19), it was revealed that the Duke of Sussex is set to release a tell-all memoir about his life.

He added it would be a “definitive account of the experiences, adventures, losses, and life lessons that have helped shape him”.

So what did Piers say?

Piers reacted to a tweet from Finding Freedom author Omid Scoobie, announcing details of the book.

He said: “Prince Harry is ready to tell his story.”

Read more: Sarah Ferguson says Princess Diana would’ve been proud of her sons and their wives

Piers retweeted the tweet and said: “Ready to tell his story? [crying with laughter emojis].

In another tweet, he had a more extreme reaction to the news.

So how did Piers’ followers react?

One joked that the couple would be on X-rated site OnlyFans next.

Another quipped: “You ain’t gonna ever have an invitation to their birthdays.”

A third said: “Hold on – so he makes staff sign non-disclosure agreements, drops friends when they speak out, issues neighbourhood rules, hates having HIS privacy invaded (apparently).

“Yet has no qualms about telling all and invading other people’s lives??! Astounding, yet true to form.”

However, some of Piers’ followers were on Harry’s side.

One pointed out: “He had multiple books written about him and authors cashing in the money for stories about Harry that probably weren’t even true. Why not write his own version of events?!

“He is 100% entitled to do it. If it was Charles or William you would be thrilled,” they added.