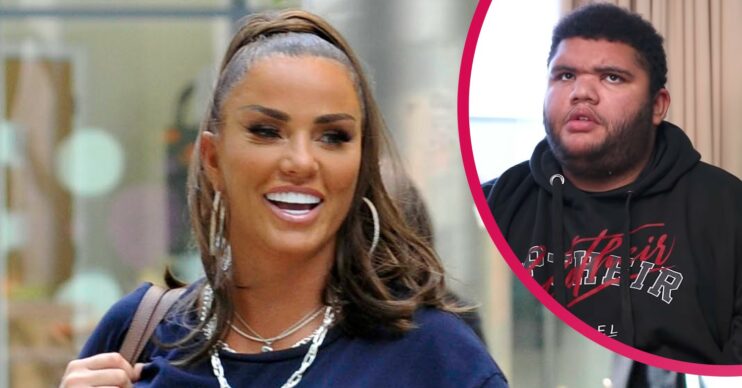 Harvey is heading home for Christmas!

In latest Katie Price news, the reality star has reunited with son Harvey in time for Christmas.

The mum-of-five has faced a difficult few weeks after dodging jail time and being handed a suspended sentence for her drink-drive crash.

Now, Katie is looking forward to the festive period with her eldest son.

Earlier today (December 22), the star picked up 19-year-old Harvey from his residential college ahead of Christmas.

Katie, who is currently banned from driving, was accompanied by her partner Carl Woods.

The trio posed together in Harvey’s room before heading home for Christmas.

Like many of her recent posts, the former glamour model has turned off the comments on the snap.

It comes after Katie has experienced horrific trolling following her court appearance.

Read more: Katie Price’s ex-husband Kieran Hayler says ‘she should be in prison’

The public were furious after Katie was handed a suspended prison sentence following a crash near her home in Sussex.

According to the prosecution, the star had consumed cocaine, vodka and lemonade before her crash.

She received a 16-week prison sentence, suspended for 12 months.

The 43-year-old star wrote: “I would like to thank my family – my children, my mum dad, sister, brother, my partner Carl, Leigh and my friends who have supported me throughout these past few months.

“It’s been a really difficult time and I’m incredibly sorry for my actions.

“I’m sincerely grateful nobody was hurt. I realise the damage my actions could have caused, not only to another family, but to my own as well.”

She concluded the post, saying: “Thank you for all the messages of goodwill that I’ve received.

“I’m going to surround myself with my loving family and friends and continue doing the work I love as it brings me enjoyment and helps my mental health.”

Sussex Police and Surrey Police are currently “exploring an appeal” into Katie’s sentence.