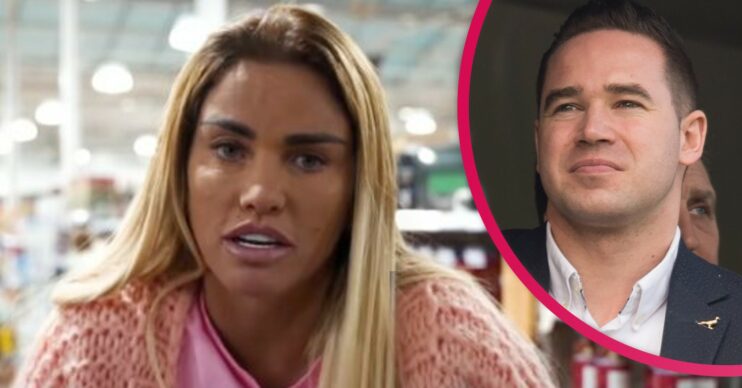 Kieran Hayler, the ex–husband of Katie Price, has said that the mum of five “should be in prison”.

Kieran’s comments come just days after Katie avoided jail time for crashing her car during a drink-driving accident back in September.

The 43-year-old former glamour model was involved in a drink-driving crash back in September. The crash saw her roll her car not far from her home in Sussex.

Katie was later reportedly found to have had vodka and cocaine in her system when the crash happened. She pleaded guilty to drink-driving, driving while disqualified, and without insurance.

On Wednesday, Katie was given a suspended jail sentence at Crawley Magistrates Court. The star was handed a 16-week prison sentence, suspended for 12 months and her driving ban was extended for another two years.

Katie will also have to undertake 100 hours of unpaid community work.

District Judge Amanda Kelly told Katie that her actions had been “incredibly selfish”. She also said the 43-year-old “could have killed somebody”.

What did Kieran Hayler say about Katie Price?

Now Katie Price’s ex-husband, Kieran Hayler, has spoken out about the star’s sentencing. The 34-year-old spoke to The Sun following the news that his ex-wife would avoid jail time.

“It is one of the most serious things you can get done for on the road short of killing someone. It is so serious,” he said.

“She knew she was getting off. I’m not sure if her lawyers had already told her that, but she is very, very lucky. She should be going to prison,” he continued.

Kieran then went on to say that he and his ex-wife had to bring the kids up to learn to not break the law.

“Bad things will happen if you break the law. If she had gone to prison, I would have explained that to the children,” he added.

Katie and Kieran were married for eight years between 2013 and 2021. They split back in 2018 after Katie accused Kieran of infidelity.

What has been the reaction to the model’s sentencing?

Kieran’s comments about Katie come during a time where people are in uproar over the glamour model avoiding prison. Many believed that Katie should have spent Christmas behind bars.

“How do you get banned from driving six times and drive despite the ban on a number of occasions then still get a suspended sentence? Disgusting,” one person said.

“She acts smug because she continuously gets away with it,” another wrote.

Katie issued an apology for her actions on Instagram yesterday. The star said she was “incredibly sorry” and is “sincerely grateful nobody was hurt”.

The 43-year-old then said that she is now going to be focusing on her mental health.

Do you agree with Katie Price’s ex-husband Kieran Hayler? Leave us a comment on our Facebook page @EntertainmentDailyFix and let us know what you think.