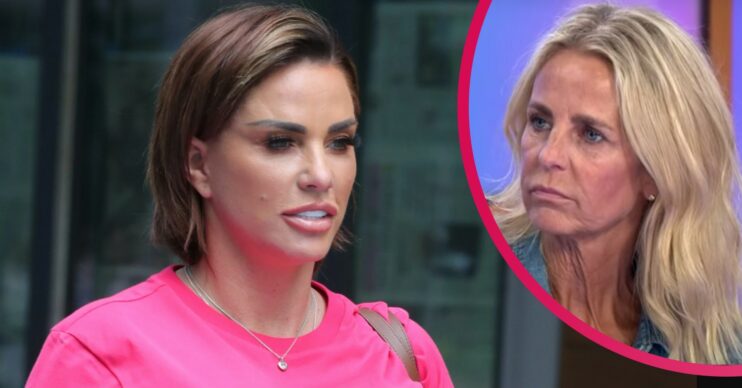 'It does not give you carte blanche,' Ulrika fumed

The Sun columnist Ulrika blasted Katie for her behaviour and an “apparent lack of responsibility”.

Ulrika indicated ‘normal’ people in a similar position would be “thrilled” by Katie’s sentence.

In addition, she will undergo 100 hours of unpaid work.

But Ulrika was insistent she would not expect empathy if she was in mum-of-five Katie’s position.

Read more: Katie Price’s ex-husband Kieran Hayler says ‘she should be in prison’

Ulrika wrote: “There are certain aspects about her personal life that cannot be disguised under a convenient veil of maternity.”

Ulrika has a daughter with a congenital heart defect. She also indicated any personal struggles Katie might face are not justification enough, in her book, for Katie’s actions.

The TV personality claimed: “Being a mum of a disabled child does not give you carte blanche to behave with such irrationality and stupidity.”

Being a mum of a disabled child does not give you carte blanche.

Katie issued a grovelling apology on Instagram on Thursday (December 15).

Thanking family for their support, she wrote: “It’s been a really difficult time and I’m incredibly sorry for my actions.”

She was also grateful there were no injuries to anybody.

She continued: “I realise the damage my actions could have caused, not only to another family, but to my own as well.

‘”I’m now spending time getting better. Mental health is a hidden illness and can strike at any time.”

Katie flipped her BMW in a country lane near her home in West Sussex in the early morning of September 28.

She was told in court by the judge she ‘deserved’ to be in jail.

However, Katie received a suspended sentence for complying with a requirement to attend rehab.