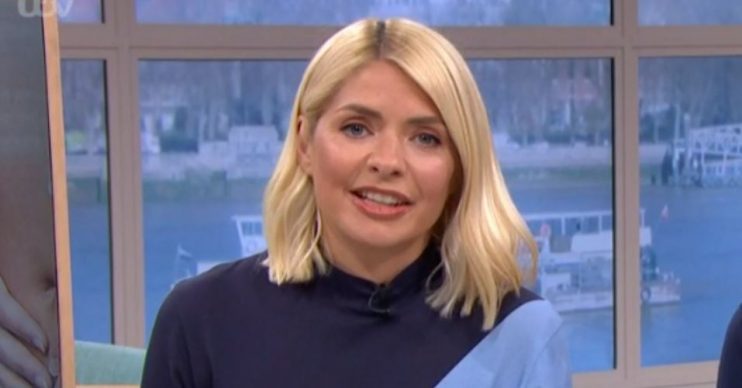 Holly Willoughby fans divided over her £295 dress on This Morning

She's back with Phil

ITV viewers were divided over Holly Willoughby‘s outfit as she returned to her presenting duties on This Morning.

She opted for a colourful dress from Chinti & Parker for her first episode of 2020 and, as she usually does, took to Instagram to preview her fashion choice for her six million followers.

“And we are back!” she captioned a snap of herself modelling the outfit. “Don’t miss the top of the show as we start at 10am today… bringing you and extra 30 minutes of @thismorning in all its glory!

“Two hours and 30 minutes of live telly to keep you company until 12:30… we got you! Today’s #hwstyle dress by @chintiandparker, shoes @lkbennettlondon.”

But not all of her fans liked the £295 dress, as one wrote, “Definitely no” with a string of laughing-crying emojis.

Nope not a fan, too frumpy.

Another said: “Horrible dress, but good to see you,” while a third wrote: “Nope not a fan, too frumpy.”

Some liked it though, as someone commented with a heart-eyes emoji: “Gorgeous as always.”

“Loving the dress,” said another.

“Well, I quite like it,” another fan wrote, ignoring Holly’s detractors.

Ahead of her return to This Morning, Holly joined Phil in hosting the new series of Dancing On Ice, which got underway last night (05.01.20).

She opted for a stunning floor-length peach gown that featured silver embellishment for the opening episode, which saw the likes of presenter Joe Swash, TV’s Trisha Goddard, Diversity star Perri Kiely and others take to the rink.

What do you think of Holly’s outfit on today’s This Morning? Leave us a comment on our Facebook page @EntertainmentDailyFix and let us know.