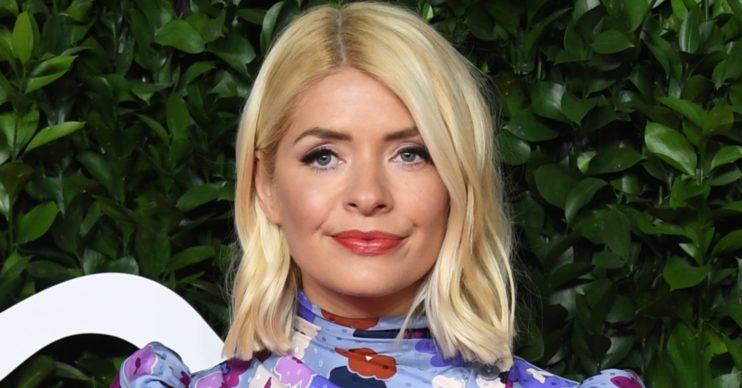 The presenter rarely shares photos of her three youngsters

Holly Willoughby has shared a rare photo of her adorable daughter Belle on Instagram.

Soon after finishing on This Morning yesterday (May 19), the presenter posted the photo of Belle to her profile.

And it appears the youngster has taken major style inspiration from her famous mum!

Hiding her daughter’s face in the shot, Holly shared the photo with her 7.1 million followers.

The photo showed Belle in a beautiful floral dress and black Grenson shoes.

The fashionable boots were previously worn by Holly in the I’m A Celebrity jungle in 2018.

Holly, 40, captioned the snap: “Walking in my shoes… #Belle @grensonshoes.”

The presenter has always been fiercely protective of her three kids – Harry, 11, Belle, nine, and six-year-old Chester.

Earlier this year, she revealed exactly why she doesn’t share the faces of her children on social media.

She said on This Morning: “I choose not to show my children’s faces because I know that’s the deal.

“If you show one photograph then they’re out there. They’re for consumption for everybody.

“Which is why I choose not to do it.”

Meanwhile, the host recently admitted to drinking during her children’s parent’s evening.

On Wednesday’s edition of the ITV show, Holly and co-host Phillip Schofield were discussing the latest headlines.

Phil brought up the topic of virtual parent’s meetings, adding: “I think Holly’s got some views on this.”

Holly then said: “I like certain things about it. I like the fact that just off screen I can have my gin and tonic and with a cuppa in my own room!

“I’m not panicking, I’m not trying to find a car parking space, I like all of that, I like that.”

In addition, she explained: “However, what I don’t like is there’s a timer and you’re literally like, ‘Hi can you hear me? Isn’t this weird?

Read more: Holly and Phil stunned as Spin to Win caller hangs up on them

“Then suddenly you’ve got 30 seconds and then the screen goes and the next teacher pops up! It’s like terrible speed dating!”

However, she did call the meetings “resourceful” throughout lockdown.

The cheeky confession follows weeks after Holly deleted an Instagram snap, after fans voiced their concerns.