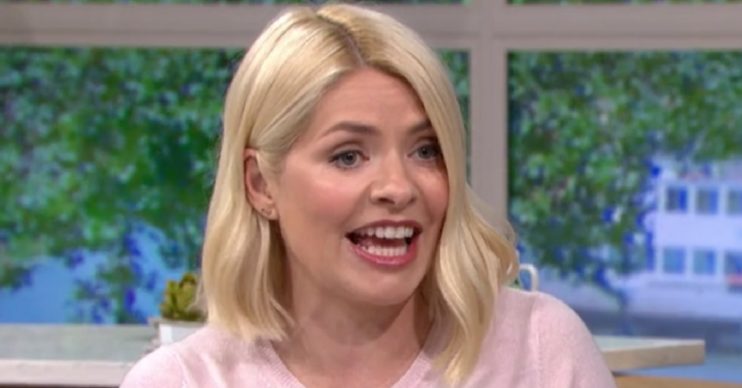 She's partial to a cheeky 'gin and tonic'

This Morning host Holly Willoughby has confessed to drinking during her children’s online parent’s evening.

And it appears Holly has made the most of the virtual meetings for her youngsters.

What did Holly Willoughby say?

Holly appeared on the show today (May 19) alongside co-host Phillip Schofield.

Reading out the latest headlines, Phil said: “I think Holly’s got some views on this. Parents evenings that are held online are set to stay…”

Holly then gave her verdict: “I like certain things about it. I like the fact that just off screen I can have my gin and tonic and with a cuppa in my own room!

I can have my gin and tonic

“I’m not panicking, I’m not trying to find a car parking space, I like all of that, I like that.”

Furthermore, Holly explained: “However, what I don’t like is there’s a timer and you’re literally like, ‘Hi can you hear me? Isn’t this weird?’

“Then suddenly you’ve got 30 seconds and then the screen goes and the next teacher pops up! It’s like terrible speed dating!”

However, Holly does see the point in holding virtual meetings.

She continued: “I think it worked really well during the pandemic and I think everyone was really resourceful and made it work and it was fantastic.

“But it’s not the same as face to face I don’t think.”

What else happened on This Morning?

Meanwhile, during today’s show, Holly and Phil were left stunned whilst playing Spin to Win.

The pair spoke to viewer Joe, who had entered the dial in competition.

After giving his name and location, Joe said: “Can you call me back in two minutes please.”

The caller then hung up on the presenting duo.

However, he later apologised and explained that he was dealing with his wife, who suffers from motor neurone disease.

Meanwhile, the moment didn’t go unnoticed with viewers at home.

On Twitter, one wrote: “Joe is an absolute hero – my heart went out to him.”

A second shared: “Watching Spin to Win makes my morning when working from home.

“Bless Joe, glad he made his priorities clear and made sure his wife was okay but gutted he didn’t win the jackpot!”