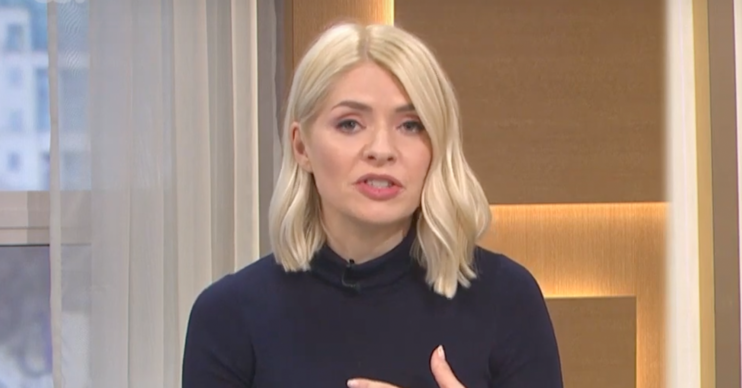 Holly Willoughby has revealed why she doesn’t share pictures that feature the faces of her children on social media.

Speaking on This Morning today (March 10), Holly backed the Duchess of Sussex and her statement that everyone has a right to “basic privacy”.

Holly made the comments as part of a debate about the latest video clip released of the Oprah interview.

What did Meghan say in the new clip?

The additional clip from the Oprah Winfrey interview was released online yesterday (March 9) following the show airing on ITV.

In it, Meghan defended sharing pictures of her son Archie but said there are “boundaries”.

She said: “I think everyone has a basic right to privacy. Basic.

“There’s no one who’s on Instagram or social media that would say: ‘Because I shared this one picture, that entitles you to have my entire camera roll. Go ahead and look through it.’

“No one would want that. So it’s about boundaries. And it’s about respect.”

What did Holly Willoughby say about her children?

Holly wholeheartedly agreed with the duchess when it came to Archie’s privacy and explained her reasons why.

She said: “I choose not to show my children’s faces because I know that’s the deal.

“If you show one photograph then they’re out there.”

I choose not to show my children’s faces because I know that’s the deal. If you show one photograph then they’re out there.

She added: “They’re for consumption for everybody. Which is why I choose not to do it.”

Holly then asked the show’s royal expert Camilla Tominey: “So in that example she’s right there, isn’t she?”

How many children does Holly Willoughby have?

This Morning star Holly is mum to three children.

She is mum to Harry, 11, Belle, nine, and Chester, six, with her husband Dan Baldwin.

And, while she’s happy to share pictures of her children on social media, she never shares pictures of their faces.