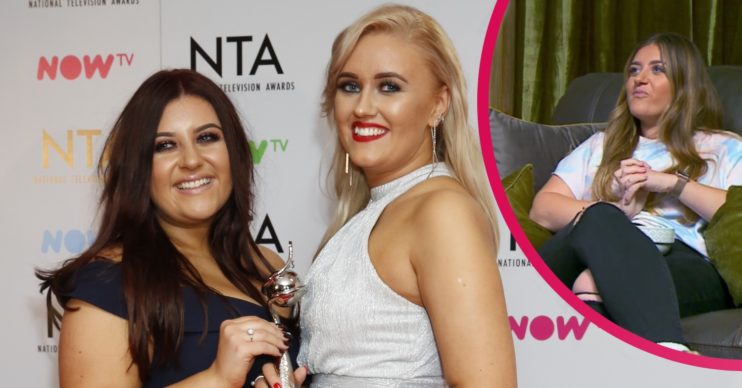 The Channel 4 favourite shares her youngsters with partner Grant

Gogglebox favourite Izzi Warner has left fans gushing as she shared an adorable snap of her children playing in the garden.

The 25-year-old Channel 4 star took to Instagram yesterday to post the shot of her son Bobby and daughter Bessie on the swing set.

The photo showed the youngsters laughing away as five-year-old Bobby pushed his little sister.

Captioning the family snap, the Gogglebox star wrote: “Fun in the garden after school with my darlings.

“Also anyone else’s garden/plants being neglected now were allowed out of the house.”

Fans rushed to comment on the post, with one saying: “Awww wow. How pretty are those blue eyes.”

A third added: “Your daughter so looks like you!!”

The TV star shares her children with partner Grant, with Izzi introducing their baby girl on the Channel 4 show at the beginning of March.

Izzi and Ellie return to Gogglebox

Izzi is a Googlebox regular, usually appearing with sister Ellie as they share their hilarious views on popular TV programmes.

Ellie kicked off the conversation and said: “I don’t get the fear of pooing at work, I just bum pad it and flush straight away.”

Izzi joined in with her confession: “If I do have to, to the point where I’m touching cloth…”

“Because even when I go at home, I have to tell Gram, ‘Don’t come within six feet of the toilet door’, I go in, lock the door and I put my music on.”

Ellie took it one step further with her confession: “I poo with the toilet door open, I’ll have a conversation with Nat.”

It certainly isn’t the first time the sisters have caused controversy on the Channel 4 series.

Last month, they revealed they love nothing more than a cup of tea when they eat fish and chips, which led to a huge debate.