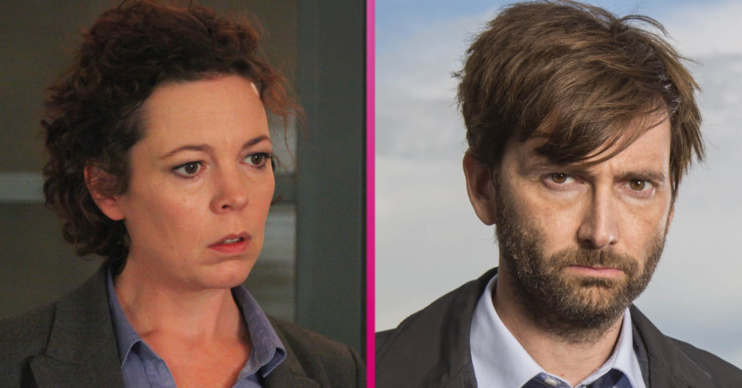 Why was Broadchurch cancelled and will there ever be a series 4? Latest news and updates

Broadchurch is back on our screens.

Unfortunately, no, David Tennant and Olivia Colman haven’t reunited for a new series.

ITV is simply treating the nation to a re-run of the first season after running out of new material during lockdown.

Given how brilliant the crime drama is, some fans will undoubtedly wonder why was Broadchurch cancelled.

Well, here’s everything you need to know…

Why was Broadchurch cancelled?

Broadchurch was cancelled due to a “plausibility issue”.

When ITV originally commissioned the drama, it was supposed to be a standalone series.

However, due to its roaring success, ITV asked writer Chris to turn it into a trilogy.

According to David Tennant, who plays DI Alec Hardy, it wouldn’t have made sense to stretch out the drama any further than this.

“There was always the expectation that we wouldn’t overdo it simply because there’s a plausibility issue,” he explained.

“It’s a small town in the west of England, there just wouldn’t be that many appalling events going on there. After a certain point you’ve got to accept that that would stretch credibility.”

He added: “For the sake of the truthfulness of the situation, we had to kind of walk away from it.”

At least we’ll always have the first three series.

The writer joked: “I think wherever David Tennant and Olivia Colman might wish to spend a few months of their year.”

He added: “Yeah, Hawaii could be good, France, New Zealand. I’m sure you’d have eager ears from some of the cast!”

However, David has addressed rumours before.

There were reported that DI Alec Hardy (David) and Detective Ellie Miller (Olivia) would get a spin-off series.

But David was quick to put an end to that speculation..

He told Indie Wire: “I don’t think anyone seriously talks about there being any kind of spin-off because I think we all know that that’s not what should happen.”

How many series are there of Broadchurch?

In total, there are three series of Broadchurch.

Each season featured eight episodes which were all aired on ITV.

The first series, which was broadcast in 2013, was watched by an average of 9.37 million.

Season two aired two years later in 2015 and was seen by an average audience of 9.68 million.

The last series, which was shown in 2017, was by far the most popular and was watched on average by 10.75 million viewers.

However, the hit series was then cancelled.

Since the finale of series three, fans have been calling on ITV for one more season.