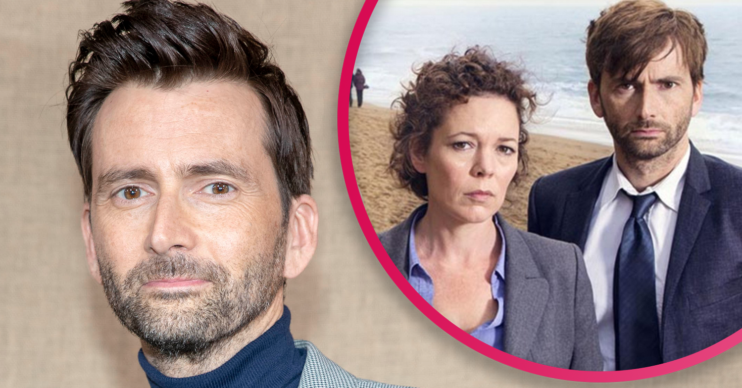 Broadchurch will be back on ITV for the next eight weeks.

Unfortunately, David and his co-star Olivia Colman haven’t made a new series.

Instead, primetime repeats of season one are set to air, seven years after it first premiered.

But almost a decade on, where is David Tennant now?

Where is David Tennant now?

David has a brand new comedy called Staged which is set to premiere on Wednesday (June 10).

In the series, he plays himself preparing to star in a West End theatre production.

But rehearsals don’t exactly go to plan thanks to lockdown.

‘It’s so important that the BBC provides moments of humour and light relief and this mischievous idea shows what great sports Michael and David are,” Charlotte Moore, Director BBC Content, said.

The six-part series, which also stars Michael Sheen, will air on BBC One at 10.45pm.

Earlier during lockdown, David also teamed up with his pal Catherine Tate for Comic Relief.

The pair worked together on a hilarious comedy skit for the charity.

Once lockdown ends, David is set to get back to work on the TV adaptation of Jules Verne’s Around the World in 80 Days.

The couple have five children together and welcomed their youngest, Birdie,  just seven months ago.

Fans have speculated that Birdie may make an appearance on David’s new BBC series Staged.

Last week, Georgia posted a photo on Instagram featuring the tot which appeared to be a still from the show.

A post shared by Georgia Tennant (@georgiatennantofficial) on Jun 4, 2020 at 1:30am PDT

The writer joked: “I think wherever David Tennant (DI Alec Hardy) and Olivia Colman (Detective Ellie Miller) might wish to spend a few months of their year. Yeah, Hawaii could be good, France, New Zealand – I’m sure you’d have eager ears from some of the cast!”

At one point, there were rumours that DI Alec Hardy (David) and Detective Ellie Miller (Olivia) would get a spin-off series.

But David was quick to put an end to that speculation..

He told Indie Wire: “I don’t think anyone seriously talks about there being any kind of spin-off because I think we all know that that’s not what should happen.”