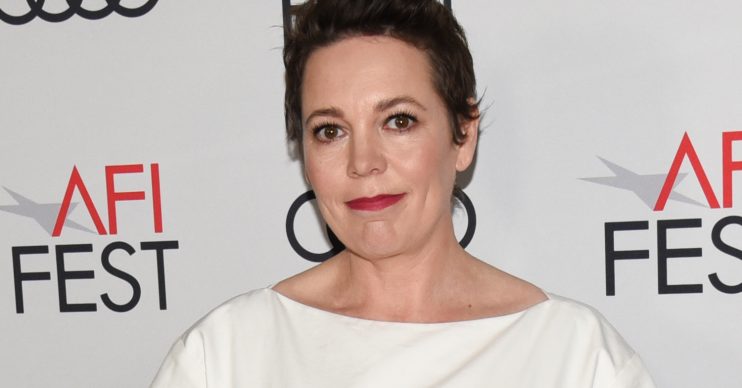 Actress Olivia Colman, who plays Queen Elizabeth II in the latest series of Netflix’s The Crown, is working on a new drama with her husband.

The Oscar winner, 45, will play the lead role in Landscapers – a four-part series based on the true story of killers Susan and Christopher Edwards.

The notorious married couple murdered her parents in 1998 and went on to steal £245,000 from their savings account over a period of 15 years.

The victims, 86-year-old William Wycherley and his wife Patricia, 63, were buried in the back garden of their home in Mansfield, Nottinghamshire.

Olivia’s husband of 18-years, Ed Sinclair, is writing the script for the series, which will have director Alexander Payne at the helm.

For writer Ed, Landscapers is his first TV script.

Speaking to Deadline, Olivia said: “I love Ed’s scripts, which is just as well as he cooks many of my meals. No, the truth is it’s quite rare to be desperate to play a part on the first reading of a script, but that was the case here.

“The writing is brave, but subtle and tender too – a joy for any actor.”

Landscapers will be produced by Chernobyl producer Sister and South of the River Pictures, which is Olivia and Ed’s new production company.

I love Ed’s scripts, which is just as well as he cooks many of my meals.

Jane Featherstone, co-founder of Sister, said: “The intelligence and deeply imaginative breadth of first-time screenwriter Ed Sinclair’s scripts sees a constant re-invention of the true crime genre and it’s a testament to his writing that we have assembled a hugely experienced team of world class creatives.”

Jane called Olivia an “extraordinary actor” who is able to “disappear into a role”.

Read more: The Queen’s former press secretary slams The Crown for ‘suggesting she had an affair’

Sky’s director of drama, Cameron Roach, said Ed’s scripts are “riveting” and offer a “sensitive exploration” of what might drive seemingly ordinary people to commit murder.

Speaking further, he said he’s “delighted” to have Olivia – who was made a CBE earlier this year – on board for what he’s sure will be a “compelling series”.