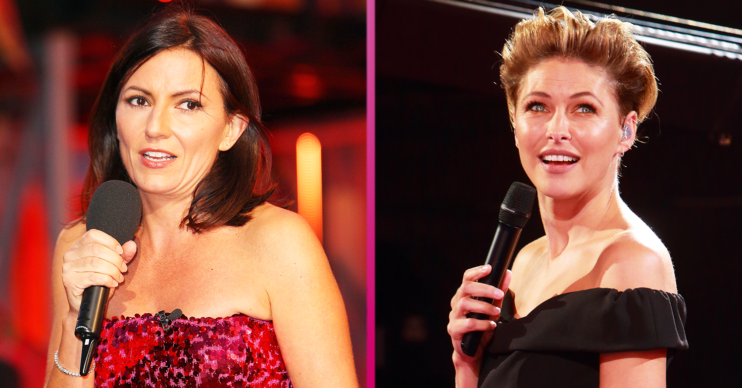 Why was Big Brother cancelled and is it coming back?

Rumours had been swirling that the Emma Willis-fronted series was going to take a break.

But fans were always certain the show would make a comeback.

Two years on though and there’s sadly still no sign.

So why was Big Brother cancelled and will it ever return?

Why was Big Brother cancelled?

Endemol released a statement at the time saying the show would possibly consider a move to another channel.

“Whilst disappointed not to reach an agreement with Channel 5, the decision opens up a new chapter and we are excited about future possibilities for Big Brother in the UK,” it read.

Endemol went on to state that Big Brother was consistently the most watched show on Channel 5 since it launched.

“The latest series of Celebrity Big Brother [was] the channel’s highest-rating show of the year, growing its audience year-on-year by 17 per cent and tripling the channel’s slot average for 16-24s,” the company added.

“Big Brother continues to be a global phenomenon.

Read more: Big Brother fans convinced the show will make a comeback as its Twitter account is reactivated

“The UK is one of 20 countries where the show will air in 2018, including…last month’s Celebrity Big Brotherin Germany, which saw a rise of 85 per cent series on series.”

Despite being Channel 5’s biggest show, the last series watched by 1.2million viewers on average compared to 1.9million at its peak in 2013.

The final Celebrity Big Brother series was also down with 1.9million viewers on average compared to 3.1million at its peak.

Why did Channel 4 axe Big Brother?

Channel 4 confirmed it was cancelling Big Brother in 2009.

In a statement, the broadcaster explained the move would free up an extra £20million a year.

Bosses wanted to use the cash on more “quirky, returnable series aimed at younger audiences” such as Shameless and Skins.

Head of Channel 4 Julian Bellamy said at the time: “Big Brother has been our most influential and popular programme over the last decade.

“Big Brother will leave a huge hole and filling it will involve the most fundamental creative overhaul in our history.

“We have 18 months to transform the schedule”

He added: “It has been hugely innovative in its own right, has provoked a really astonishing level of public debate and has been an underappreciated showcase for social diversity and youth culture.

“Its success has also helped support an extraordinary range of creativity across Channel 4.

“Inevitably we’re both excited and ever-so-slightly terrified by the prospect of getting by without it.”

Is Big Brother coming back?

Big Brother is back on Channel 4 in the form of Big Brother: Best Shows Ever.

However, the five-part series, hosted by Davina McCall and Rylan Clark-Neal, is just a collection of memorable moments from the show show.

The series has made fans question if Big Brother is coming back.

However, a Channel 4 spokesperson told the Mirror: “This story is categorically untrue.

Of course, that doesn’t rule out a possible return on another channel.

Davina decided to step down as Big Brother host when Channel 4 cancelled the series in 2010.

A source told the Daily Mail at the time: “Davina loves doing Big Brother but she knows when enough is enough.

“She enjoys the show and is very fond of everyone she works with but wants to spread her wings and go on to something different.

“She is worried about getting pigeonholed so has made the hard decision to walk out.”

Davina also chose not to appear on the last ever series of the show in 2018.

When the series moved across to Channel 5, it was hosted by Emma Willis – and Davina was keen for the star to have her moment.

She told the The Huffington Post: “It’s her series and I think she should get to do it all on her own.

“I spoke to Emma quite quickly afterwards. I know what that’s like – it’s weird.

“It’s been a big part of her life, and it was a massive part of mine for a number of years. It’s like saying goodbye to a friend.”

What happened to the Big Brother house?

Sadly, the Big Brother house has been demolished.

The property was situated in Elstree Studios in Borehamwood.

Producers used the same house since series three back in 2002.

Endemol had permission to maintain the property until 2021 despite the show’s cancellation in 2018.

But with no plans in place for another series, studio bosses gave the green light for the house’s demolition.