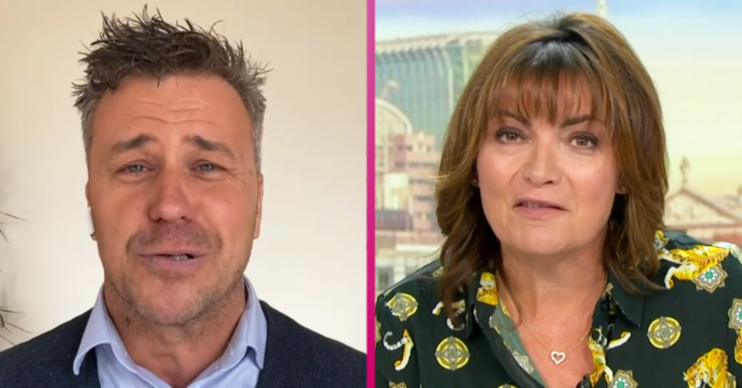 Craig won the first ever series of Big Brother in 2000

Craig Phillips has revealed he and his wife Laura are expecting their second child.

“The NHS have been fantastic,” he said. “A lot of the conversations have been over the phone.

“[Laura] did go in for her first scan at 12 weeks which I wasn’t allowed to attend.

“That was a little bit of daunting but of course I was waiting outside with [our daughter] Nelly patiently for her in the park across the road.”

Nick shot to fame on the first ever series of Big Brother 20 years ago in 2000 – which he went on to win.

At the time, his wife Laura was still at school and was not a fan of Nicholas Bateman aka Nasty Nick.

However, in real life, Nasty Nick and Craig are good friends.

During a holiday to Australia three years back, Craig introduced his then fiancee Laura to his former Big Brother housemate.

“Nick lives in Sydney now,” he explained. “Laura and I had a very memorable holiday there.

“I got down on one knee and proposed to her on top of the Sydney Harbour Bridge, and then the next day, we went for dinner with Nasty Nick.”

He continued: “I said to her, please put all of these impressions you’ve got out of your mind.

“Forget what you’ve seen on TV or read in the paper. Just treat him as one of my friends.

“It was lovely to have a catch up on old times and we had a few bottles of wine.

“When we came away,  I said to Laura, ‘What do you think of Nasty Nick, does he stand up to the name?’

“She said, ‘Well yeah he’s still a little bit fo a fibber I can tell!'”

The show will air on E4 from Sunday to Thursday for two weeks, looking back at some of the juiciest moments ever.

Big Brother: Best Shows Ever launches on the 14th June at 9pm on E4.