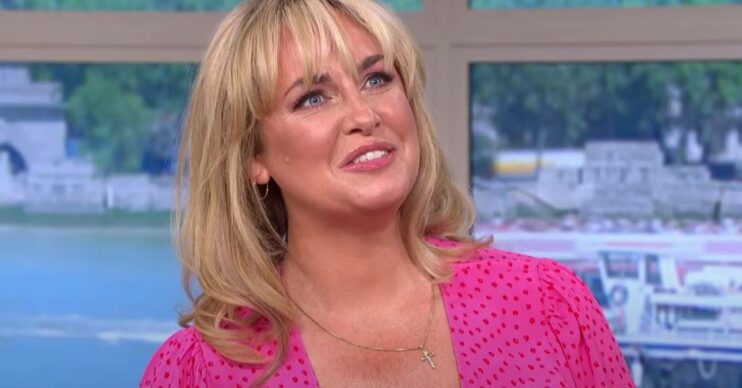 Did you spot the change?

Puzzled This Morning viewers were left wondering whether Josie Gibson was wearing a WIG on the show today (July 26).

Fans took to social media on Tuesday to ponder how she changed her appearance so much since the day before.

They are among several presenters filling in over the summer as Phillip Schofield and Holly Willoughby take a break.

In her second day on the sofa this week, Josie certainly looked a bit different after switching up what she does with her hair.

On Monday (July 25) she grabbed the attention of viewers by being on screen with curled hair.

However, today’s look saw her anchor the programme with an entirely dissimilar style.

And while some viewers second-guessed themselves about whether they were misremembering what they watched 24 hours previously, the majority of those commenting gave the popular TV personality the thumbs up.

“Is Josie wearing a hair piece, she didn’t have a fringe yesterday? #ThisMorning” one onlooker asked on Twitter.

One respondent admitted they had had the same thought… and wondered whether their memory was playing tricks on them!

Is Josie wearing a hair piece?

“Thought I’d imagined that she didn’t have a fringe,” they replied.

“Looks like she had it pushed to the side yesterday.”

Meanwhile, other Twitter users were quick to compliment the Bristolian fave.

“Josie looked lovely today and I love her hair #ThisMorning,” one person wrote.

And a third reckoned: “Josie looks so much younger with a fringe and it really suits her #ThisMorning.”

However, we’re happy to clear up the wig rumours…

Earlier this month Josie revealed that she had indeed had a style switch up.

And she revealed she’d had a fringe cut.

So that explains that then!