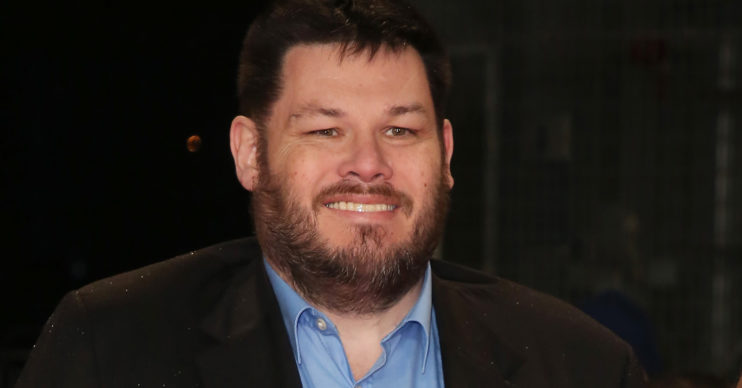 The Chase’s Mark ‘The Beast’ Labbett has revealed he’d love to take on I’m Celebrity… Get Me Out Of Here.

The ITV star, 54, confirmed he’d be up for entering the famous Aussie jungle – but joked he would have to eat his campmates if hunger got the better of him.

Mark would follow in the footsteps of fellow chaser Anne Hegerty, who signed up to the show in 2018.

He told The Mirror: “I’m going to do it, it’s just a question of when. I am not joking you guys, cannibalism may be on the cards.

“I would be that hungry and some minuscule pipsqueak mucks up the food challenge and says, ‘Oh it doesn’t matter, we’ll go without for a day’, and I will be looking at them going, ‘Oh, there’s a couple of steaks on that’.

“My father was a butcher, so I know how to prepare a joint.

“I think the boredom would drive me mad in the jungle.”

Mark added that while he’d love to do the jungle, he would much rather take part in BBC1’s Strictly Come Dancing.

The dad-of-one continued that he’d love to do Strictly because he would “probably lose half a stone a week, plus the fitness would be a bonus”.

Mark may need to scrub up on his manners before heading into the Australian jungle after fans branded him “arrogant” on the ITV quiz show earlier this year.

Viewers called out the star for the attitude he displayed after one contestant tried to boost the confidence of another.

Who is rumoured to take part?

Meanwhile, Coronation Street star Beverley Callard and The One Show’s Matt Baker have both been tipped to appear in the upcoming 2020 series.

According to bookies, Matt could enter the Aussie jungle later this year with odds of 2-1.

Would you like to see Mark in the jungle? Leave us a comment on our Facebook page @EntertainmentDailyFix and let us know what you think of this story.