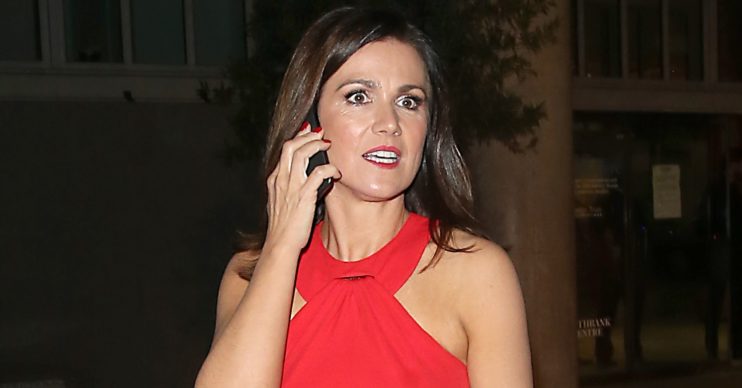 The presenter is taking a break for her 'sanity'

TV host Susanna Reid has decided to quit social media after being at “breaking point” over nasty comments.

The Good Morning Britain host, 49, says she had no other choice but to come offline to escape the increased levels of trolling in recent months.

And she certainly isn’t the only one to have been affected as she admits her friends and colleagues have also become targets.

Speaking in her Daily Mail column, Susanna said: “I could easily spend hours on Instagram and Twitter — at least until now. I’m not willing to let the abusers win, but I’ve turned off all notifications and stopped checking my phone.

“I’ll be blocking the worst trolls, and looking at my feed only when I need information on a news story.”

She later added: “Social media has become a dark place, and the sites need to clean up their act if they want people to keep using them. No one should be scared into silence by the trolls.”

Susanna also explained she was targeted by negative comments on a “new level” after sharing her anger over the murder of George Floyd on the ITV morning show.

The news comes days after GMB co-host Piers Morgan hit back after being “bombarded with racist abuse” on Twitter.

The controversial presenter said on the ITV show: “The level of racism spewing around social media right now is terrifying. My Twitter feed right now is just filth – racist filth from people who are just racists, and this is the problem.

“This is the real problem, it’s not about statues, or Fawlty Towers, it’s about unearthing this kind of thinking in this country and dealing with it head on.

“I’m getting this as a white man – what are black people getting? I know what Ian Wright is getting, I’ve seen it.”

On a positive note

It certainly isn’t all bad for Susanna, who is set to star on the Celebrity Gogglebox sofa this week.

She’ll be talking all things telly with her good pal Rob Rinder, star of Judge Rinder and Strictly Come Dancing.

They’ll reportedly join the beloved show from this Friday until the end of the series.

“They also liked the mischief of splitting up one of telly’s best-known presenting duos, and putting Susanna with someone she is guaranteed to have a rapport with.”

Rob has said: “I am very grateful to Celebrity Gogglebox for ensuring Piers Morgan will only be the second most important man in my dear friend Susanna’s TV life from now on.”