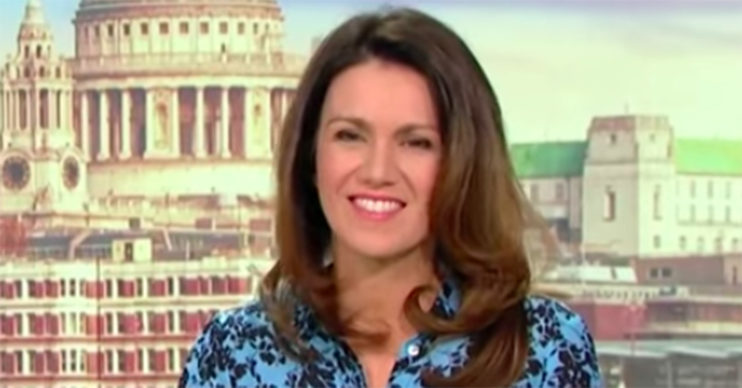 She's getting a new TV 'husband'

Susanna Reid doesn’t work Fridays on GMB but it looks like she could be busy the next few weeks on her usual day of TV rest.

The presenter is swapping the Good Morning Britain studio for the Celebrity Gogglebox sofa.

She’ll be talking all things telly with her good pal Rob Rinder, star of Judge Rinder and Strictly Come Dancing.

They’ll reportedly join the beloved show from this Friday until the end of the series.

“They also liked the mischief of splitting up one of telly’s best-known presenting duos, and putting Susanna with someone she is guaranteed to have a rapport with.”

Rob has said: “I am very grateful to Celebrity Gogglebox for ensuring Piers Morgan will only be the second most important man in my dear friend Susanna’s TV life from now on.”

They liked the mischief of splitting up one of telly’s best-known presenting duos.

Susanna became friends with barrister Rob when he was a guest on the show in 2014.

They even holiday together in Ibiza during her summer break from the show.

She has previously said: “Oh, we let our hair down. That’s my four days in the year when I have no responsibilities.”

The mum-of-three, who is pretty much teetotal, admitted she fell off the wagon on the party island last year.

The line-up on this series of Celebrity Gogglebox so far has included Zoe Ball and son Woody, Roman and Martin Kemp, and Stacey Solomon and Joe Swash.

Stacey and Joe had viewers in hysterics earlier this month, when he branded her a dictator.

Complaining about their kitchen, Joe said: “Honestly I hate labels. You put labels on everything, there’s labels on the plates, on the cups…

“I’m not gonna live my life by your labels. It’s like living live with a dictator!

But Stacey shot back, exclaiming, “I’m hardly Stalin! I just want you to put the meat in the right drawer!”

What do you think of this new Celebrity Gogglebox pairing? Leave us a comment on our Facebook page @EntertainmentDailyFix and let us know.