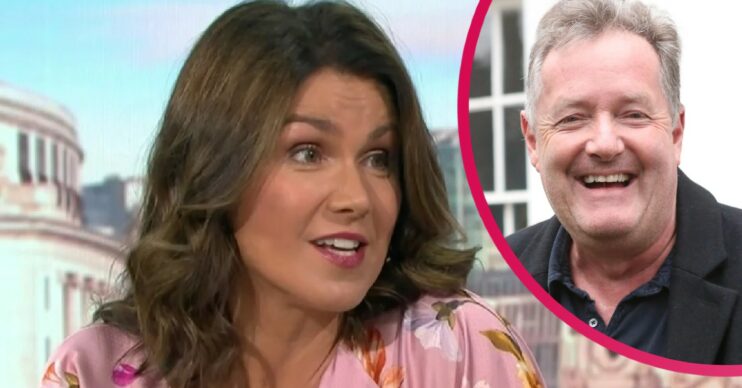 It's nearly been seven months!

Susanna Reid has revealed that the process for finding a replacement for Piers Morgan on Good Morning Britain has been a ‘slow’ one.

Since then, Susanna has appeared alongside a number of famous faces.

However, the morning show is yet to find a worthy replacement for Piers.

In his latest column for the Daily Mail, Piers confirmed the news after bumping into Susanna at a recent event.

Read more: The Real Manhunt presenter Susanna Reid on the incurable condition she’s suffered since the birth of her son

The event also marked a special reunion for the former colleagues.

Piers, 56, recalled: “It was the first time we’d seen each other since that dramatic day back in March when I departed Good Morning Britain.

“‘Oh my God, I think I’m going to cry!’ she exclaimed. ‘Well, divorces are emotional things,’ I laughed.”

The pair spent their time “hugging and chatting”, before Susanna updated Piers on his replacement.

And it’s proving difficult for bosses at ITV.

He added: “‘How’s the campaign to replace me going?’ I asked. ‘Slowly,’ she replied. ‘Turns out there aren’t many Piers Morgans around… which is probably a huge relief for some people.'”

What has Susanna said in the past?

Susanna, 50, recently opened up on her former co-host Piers.

Speaking in an interview with Weekend magazine, the star gave a definitive answer to a question about his return.

She shared: “He’s not left ITV – he’s still doing Life Stories. But no, he won’t be back on the GMB sofa.”

Meanwhile, Susanna has been keeping busy in recent months.

As well as hosting GMB, she recently fronted ITV documentary The Real Manhunt: The Night Stalker.