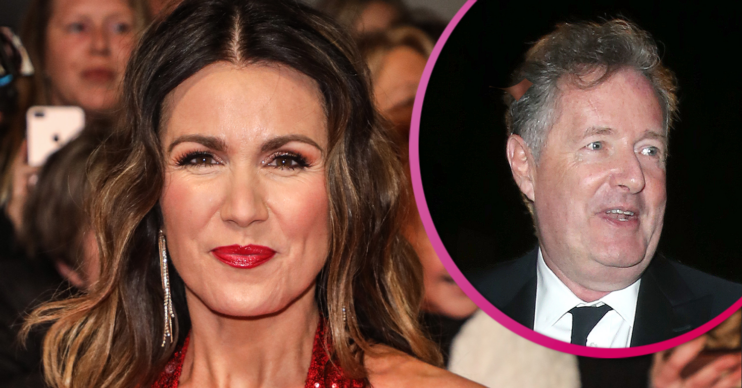 The star is leaving GMB behind him.

But we all know going back is rarely a good idea, be it relationships or jobs.

And now it seems certain Piers won’t make a Good Morning Britain comeback – at least, it definitely isn’t on his radar.

The ITV host quit the early morning show back in March following a row over Meghan Markle. His comments on her interview with Oprah Winfrey sparked 57,000 complaints – the most in watchdog Ofcom’s history.

Refusing to apologise, Piers quit the show with immediate effect. He went on to state the fight was about freedom of speech for him, refusing to back down.

With Ofcom now ruling in his favour, saying he was within his rights to share ‘he didn’t believe a word Meghan said’, Piers is now looking forward.

Despite a jokey plea for his spot back on Good Morning Britain, Piers has a new project on the horizon.

“I put that post on social media asking if I’d get my job back to prove a point,” he said in the Daily Mail.

“I wouldn’t go back, not without a public apology and I’m not going to get one.

“I’ve got much bigger things coming up. The future is exciting.”

“The next project is global, it’s big,” the star teases. “I can’t say what but people are going to hear about it within the next few weeks.”

Speaking in an interview with Weekend magazine, Susanna gave a pretty definitive answer to a question about Piers’ return: “He’s not left ITV – he’s still doing Life Stories. But no, he won’t be back on the GMB sofa.”

Who is replacing Piers Morgan on Good Morning Britain?

Currently, there is no permanent replacement for Piers on GMB.

A rotation of stars are filling in his seat next to Susanna Reid, and will continue to do so for the foreseeable.

Ben Shephard, Richard Bacon, Richard Madeley and Bill Turnbull have been among the guest hosts.

ITV’s director of television Kevin Lygo admits this is down to Piers being difficult to replace.

Speaking at Edinburgh TV Festival in August, he said: “It’s a very difficult act to follow and what we are doing is having a range of people.

“We have Susanna as a lynchpin, we have had all sorts of people sitting next to Susanna, and we are just trying to see what works.”

Leave us a comment on our Facebook page @EntertainmentDailyFix and let us know what you think about Piers Morgan closing the door to GMB.