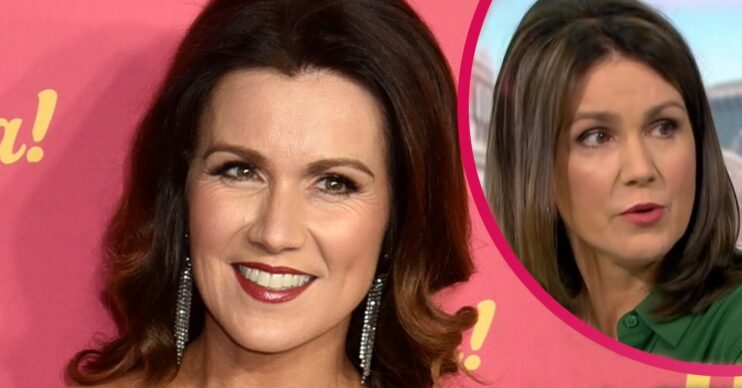 The star has spoken openly about the common ailment

Susanna Reid has spoken about the incurable condition she suffers from, ahead of appearing on The Real Manhunt: The Night Stalker.

The ITV documentary will see the presenter interviewing senior police officers who worked on ‘Operation Minstead’.

They’ll tell their version of the 17-year-hunt to find the serial rapist known as The Night Stalker.

Delroy Grant began his reign of terror in 1990 and is thought to have raped and sexually assaulted up to 200 elderly people.

Susanna Reid suffers from tinnitus, defined as a noise you hear in your head without an external source.

I became quite distressed that I would never hear silence again.

Around one in ten people are thought to suffer the distress of living with the condition.

In 2015 the Good Morning Britain co-host said: “When I first started hearing it, which was probably about 10 years ago, I became quite distressed that I would never hear silence again.”

Susanna, 50, believes her condition was a result of a “difficult labour”, since she began to suffer after giving birth to her son, Finn, now 17.

And in 2018 Susanna tweeted: “My tinnitus is so loud right now. The noise you used to hear when TV programming finished at the end of the day? That. In my head.”

The sounds can be always the same or may differ.

They can be low, medium or high-pitched or a combination of all three.

Susanna has spoken of hearing different sounds throughout her day.

One she described as “the sound of the tide coming in, the sort of background noise of a television when it’s on the blink”.

She said another was “more like the pounding of your heart or, if you’re listening to it for a long time, like a hammer”.

She added: “What you might describe as the worst form, which is this high-pitched noise which comes and goes.”

Causes include hearing loss, ear infections, a build-up of ear wax and conditions such as Meniere’s Disease, glue ear or a perforated eardrum.

Tinnitus can also be caused by traumatic experiences or stress from major life milestones.

This could be moving house, suffering a bereavement or, as in Susanna’s case, a traumatic birth.

The two co-parent their children and lived together even after separating.

It is unknown whether they are currently together.

Is tinnitus really an incurable condition?

There is no ‘cure’ for the condition, although some people benefit from treatments.

These can include Cognitive Behavioural Therapy and sound therapy.

Organisations such as The British Tinnitus Association are working hard on working towards a cure.

The Real Manhunt: The Night Stalker hosted by Susanna Reid airs on ITV tonight at 9pm.