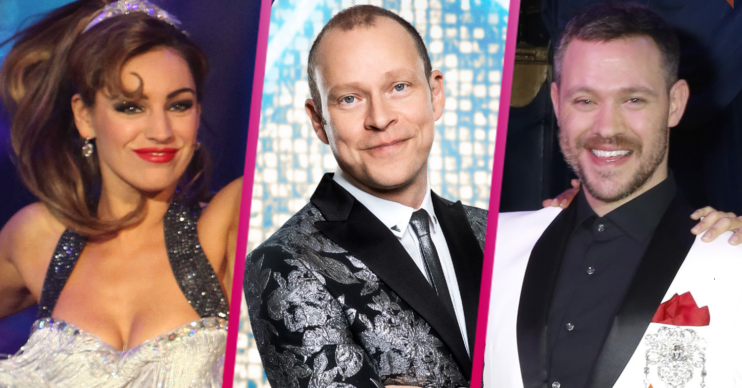 Strictly: The celebrities who’ve quit the BBC show over the years – and the reasons they left

The funnyman had open-heart surgery two years ago and hung up his ballroom shoes on doctors’ orders.

But Robert is not the first famous face to dramatically bow out of the show early.

Here, we take a look at all the Strictly Come Dancing celebrities who have quit the show before being sent packing.

Boxer Nicola Adams made history in 2020 when she became one half of Strictly’s first same-sex couple.

Partnered with pro dancer Katya Jones, Nicola hoped to make it all the way to the final.

But just four weeks in, disaster struck when Katya tested positive for coronavirus.

They went into isolation and were told they could not return to the competition.

Nicola said: “I’m gutted to be out of the competition but in these unprecedented times and as frustrating as it is, the COVID measures in place are to keep everyone safe, and I’m doing what I can to help.”

Singer Will Young shocked fans when he suddenly quit Strictly after just three weeks in 2016.

He had been partnered with Karen Hauer and even finished fourth on the leaderboard.

Will has since revealed that his struggles with anxiety led to his decision to leave.

Speaking to Event magazine in 2019, he said: “I was very ill. There’s no way I should’ve been doing that show. I tried to back out of it actually. Then got persuaded back by being told: ‘Will the BBC want to work with you? You’re risking a lot.’

“So I did it, but with panic attacks the whole time. I would keep going out for a cigarette and think, I don’t really want to be here. Then I thought, I don’t have to be here, so I left.”

Strictly on BBC One: Kelly Brook

Kelly Brook took part in the fifth series of Strictly in 2007.

However, she decided to leave midway through the competition when her dad Kenneth tragically passed away from cancer.

At the time, the BBC said that Kelly – who now co-hosts a radio show on Heart FM – had hoped to continue in honour of her father.

But she found it too tough.

A spokesman said: “Kelly has done some training as she had hoped to continue with the show in his memory. However, understandably she has found it too difficult.”

Comedian and actor Jimmy Tarbuck pulled out of Strictly in 2006 after being given advice by his doctor.

Jimmy had been partnered with Flavia Cacace on the show but was told to “rest”.

He said: “I really wanted to dance on the show this week but I have to take the advice of the doctors who have told me I need to rest.

“I would like to thank my wonderful partner Flavia who has taught me so much and been patient in trying to turn this old carthorse into a proper dancer! I will really miss training with her.”

Paralympian Will Bayley was “gutted” to hang up his dancing shoes in 2019.

Will suffered a knee injury during rehearsals and, despite taking a week off, he was unable to return for the rest of the series.

The sportsman, who was partnered with Janette Manrara, said: “I’m gutted my Strictly journey has had to come to an end.

“I’ve loved being part of the show, and am so grateful for the phenomenal support we have received.”

The athlete said her knee “popped” and, despite taking a week out, was unable to return to the contest.

Jade, who was left in tears by her withdrawal, even said it was painful to just sit still.

The star later blamed her dancing injury on missing out on a place at the London 2012 Olympics.

She said: “Strictly has cost me my place in the ­Olympics.

“I thought the show injury had healed and I was ready to compete. Sadly it flared up just before the trials and made it ­impossible to get through them.”

Poor old Jamie Laing had to quit Strictly Come Dancing before he’d even properly begun in 2019.

The Made In Chelsea star was filming the pre-recorded launch show when he suddenly injured his foot.

Jamie ended up in a cast and was unable to compete in the entire series.

Emmerdale’s Kelvin Fletcher was brought in to replace him and went on to win with Oti Mabuse.

Luckily for Jamie, however, Strictly bosses took pity and invited him back to take part in the 2020 series.

He and partner Karen Hauer made it all the way to the final, just missing out on the Glitterball Trophy to Oti and Bill Bailey.

In 2008, John Sergeant decided to quit the show after repeatedly failing to impress the judges.

The political journalist consistently found himself at the bottom of the leaderboard – yet the public kept voting him in.

In the end, John, who was partnered with Kristina Rihanoff, made it his own decision to exit the show.

He said: “It’s like when you decide when you leave a party, and the time to leave a party is before the fight starts, and I think that’s really what’s happened on this occasion.”