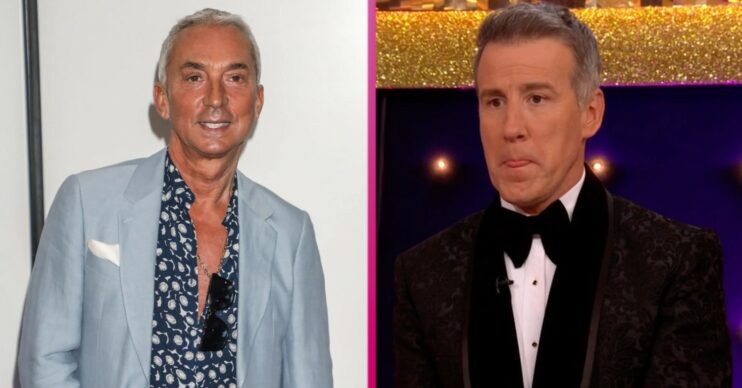 Bruno's back for the live tour

Bruno Tonioli found himself unavoidably sidelined from Strictly Come Dancing this year due to the coronavirus travel chaos.

Veteran pro Anton du Beke has filled in for him during the current series, as he had previously when Bruno’s Dancing With The Stars commitments clashed with his availability for Strictly.

However, it has now been confirmed that Bruno, 65, will be back very soon to resume judging duties.

But not everyone is that enthralled about a comeback for Bruno, especially if it means Anton, 55, misses out.

What has Bruno Tonioli said about his Strictly return?

An overjoyed Bruno told fans: “I am absolutely delighted to be back on the judging panel for the Strictly Arena Tour for the first time in two years.

“The fans are really in for a treat. Next year’s arena tour is going to be simply fantastico.”

Despite Bruno’s hopes that fans have missed him, it seems not everyone can agree.

One social media user reacted to the news: “I consider it unfair that Anton has been replaced by Bruno on the tour.”

Someone else added: “Bruno made his choice. Stay in the US. Put Anton in the tour and series.”

And a third fan was so outraged they claimed it is a “travesty” that Anton is missing out.

It’s a travesty that Bruno Tonioli is coming back to judge the arena tour.

“Am I the only one that thinks it’s a travesty that Bruno Tonioli is coming back to judge the arena tour and replace Anton De Beke?” they tweeted.

However, another Twitter user replied to a disgruntled viewer that Anton might not be available for the tour himself.

They wrote: “Anton doesn’t do the arena tour because he has own tour with Erin [Boag] starting at the same time every year.”

The Strictly live arena tour will take in 33 venues around the UK during January and February 2022. Anton’s tour, meanwhile, begins at the end of January and lasts until March.

Elsewhere on Twitter over the past few days, however, there seems to be strong support for Anton retaining his position as a judge.

“Anton’s shaping up to be a good addition to the judging panel. I’ve not really missed Bruno. #Strictly #StrictlyComeDancing,” one person tweeted.

Another wrote: “I’ll say it. I don’t want Bruno to come back. Anton should have got the judging gig a long time ago, he’s great #Strictly #StrictlyComeDancing.”

“I like Anton as a judge way more than I ever did as a dancer. Can’t believe I don’t want Bruno back. #Strictly,” posted a third viewer.

However, yet another person suggested: “Hope they bring back Bruno next year and keep Anton on the panel. Remove either Shirley or Motsi #StrictlyComeDancing.”

What has Bruno Tonioli said about Anton du Beke replacing him?

Cheeky Bruno enjoyed a little joke about his replacement when Anton was revealed as filling in for him.

He teased: “Whilst I am gutted to not be on the show this year there is one person and one person only that could take my place – it’s just a shame they weren’t available… haha! Darlings I’m kidding, I’m kidding!

“Seriously though, I have to tell you, Anton IS Mr Strictly and if anybody is filling in for me, it has to be him.

Bruno also joked to newspapers that Anton “needs the money”.

Strictly Come Dancing continues on Saturday November 6 on BBC One at 6.45pm.