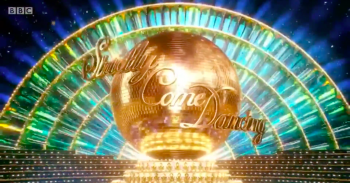 Which of your dancing faves are back?

It feels like we just finished the last one, but it’s officially time to get excited for the 2019 series.

The BBC took to Instagram on Monday morning to reveal the Strictly Come Dancing dancer line-up, and it includes a few familiar faces…

Beside a video montage of the pros, the BBC wrote: “It’s never too early for some #Strictly 2019 news! Today we are excited to welcome back our fabulous world class pros! 💃🏻🕺🏻🏆.”

Husband and wife couples coming back include Aljaz Skorjanec and Janette Manrara, as well as Katya and Neil Jones.

The only missing fan favourite is Russian dancer Pasha Kovalev, who recently confirmed he had quit the show after eight years.

It’s never too early for some #Strictly 2019 news! Today we are excited to welcome back our fabulous world class pros! 💃🏻🕺🏻🏆

Strictly fans were very excited about the post with one commenting: “Yay, cannot wait, bring it on ❤️❤️.” Another said: “So excited, I cannot wait for Strictly already.” A third added: “Yeah! Good line up.”

A few expressed relief to see Kevin Clifton – who won the latest series with presenter Stacey Dooley – whose return was in question after he announced a new job on Instagram.

He’s set to be a judge on new ITV show All Star Musicals alongside singers Elaine Paige, Kristen Chenoweth and West End star Trevor Dion Nicholas. It starts on Sunday 17 March, but it means the 36-year-old will be back in time for the end-of-year dance show.

Followers commented: “The world sighs in relief when Kevin’s face appears! 🤩😍🤩😍.” A second gushed: “It’s OK, Kevin is still gonna be there!” While another said: “I thought Kevin said he was leaving or was he leaving if he didn’t win?”

There had also been question marks over married couple Katya and Neil Jones, after they were embroiled in the biggest Strictly Curse controversy ever.

We are THRILLED to see so many lovely familiar faces. Is it too early to start booking in the Strictly viewing parties?

Are you excited by this line-up? Leave us a comment on our Facebook page @EntertainmentDailyFix and let us know what you think.