It was the biggest story of the last series - and maybe ALL series - of Strictly Come Dancing: Contestant Seann Walsh caught kissing his married partner Katya Jones in the street.

And now the comedian has apologised unreservedly in a new interview with Jonathan Ross - but viewers watching at home weren't happy, calling the conversation "horribly awkward" and "cringe." 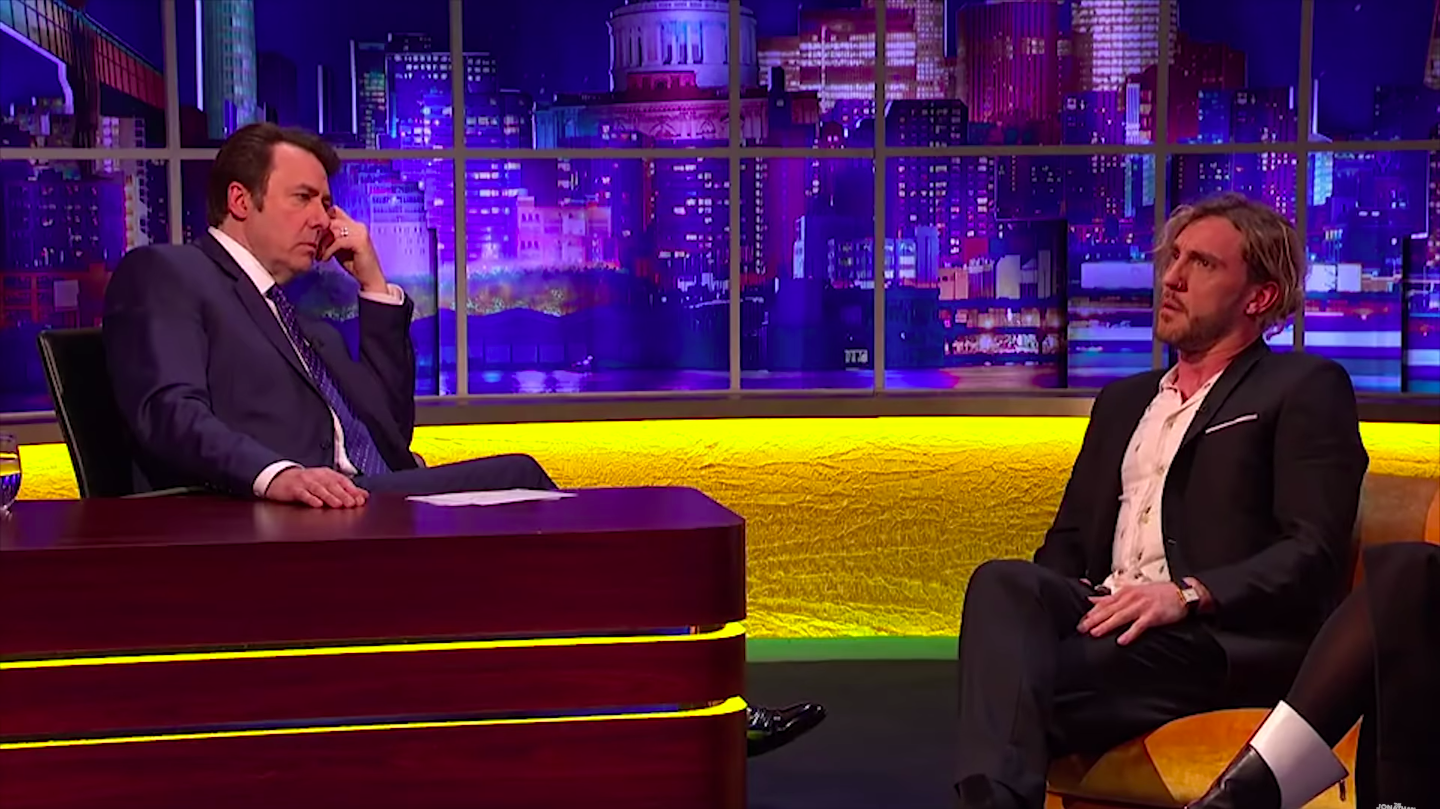 The whole thing was a bit embarrassing, according to viewers (Credit: ITV)

The 33-year-old - who was dating fellow comedian Rebecca Humphries when the photographs emerged back in October - was on the popular talkshow to promote his new stand-up show, but Jonathan, 58, very quickly moved onto the scandal.

Why did an Oscar winner and Sam Jackson have to sit through that?

The veteran TV host confronted Seann in front of the other guests, including Oscar-winning actress Brie Larson and A-lister Samuel L. Jackson, as well as The Voice coaches will.i.am and Jennifer Hudson.

Jonathan explained to them: "Seann was on Strictly Come Dancing... and he's in a relationship at home and then he's photographed kissing the woman he's dancing with on the show." 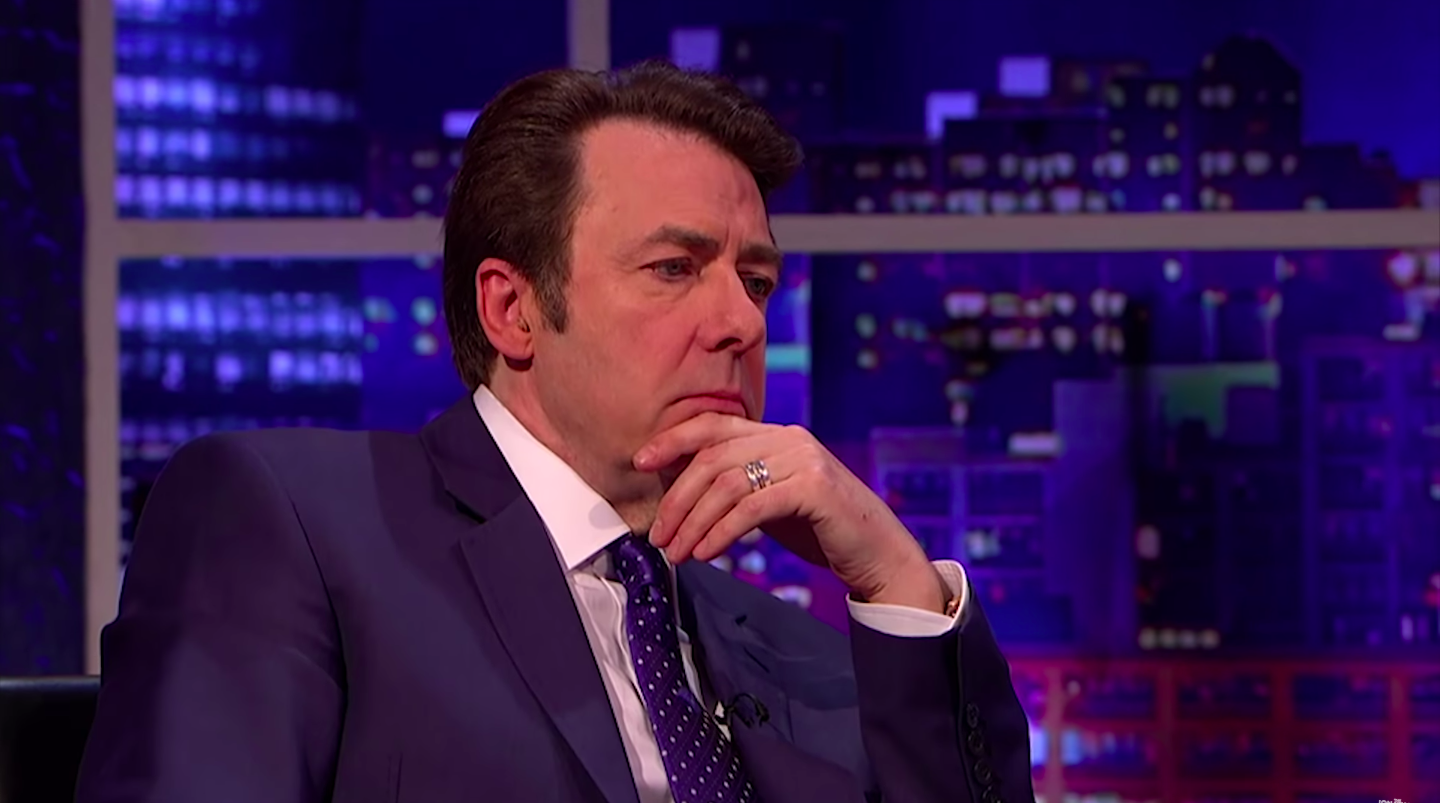 Talking directly to Seann - whose ex-partner later accused him of being "controlling" and "aggressive" - Jonathan added: "And then your partner wrote a powerful and somewhat moving statement about that on Twitter. I wanted to know how you felt about all that and how you felt about what she wrote."

"I will always be sorry about what I did. I think, when it all sort-of blew up, I don't think I reacted in the correct manner. I didn't know what to do, y'know, it was huge. It's been some time since then, I've had a lot of time to look at my actions, look at my behaviour and I take responsibility as well." 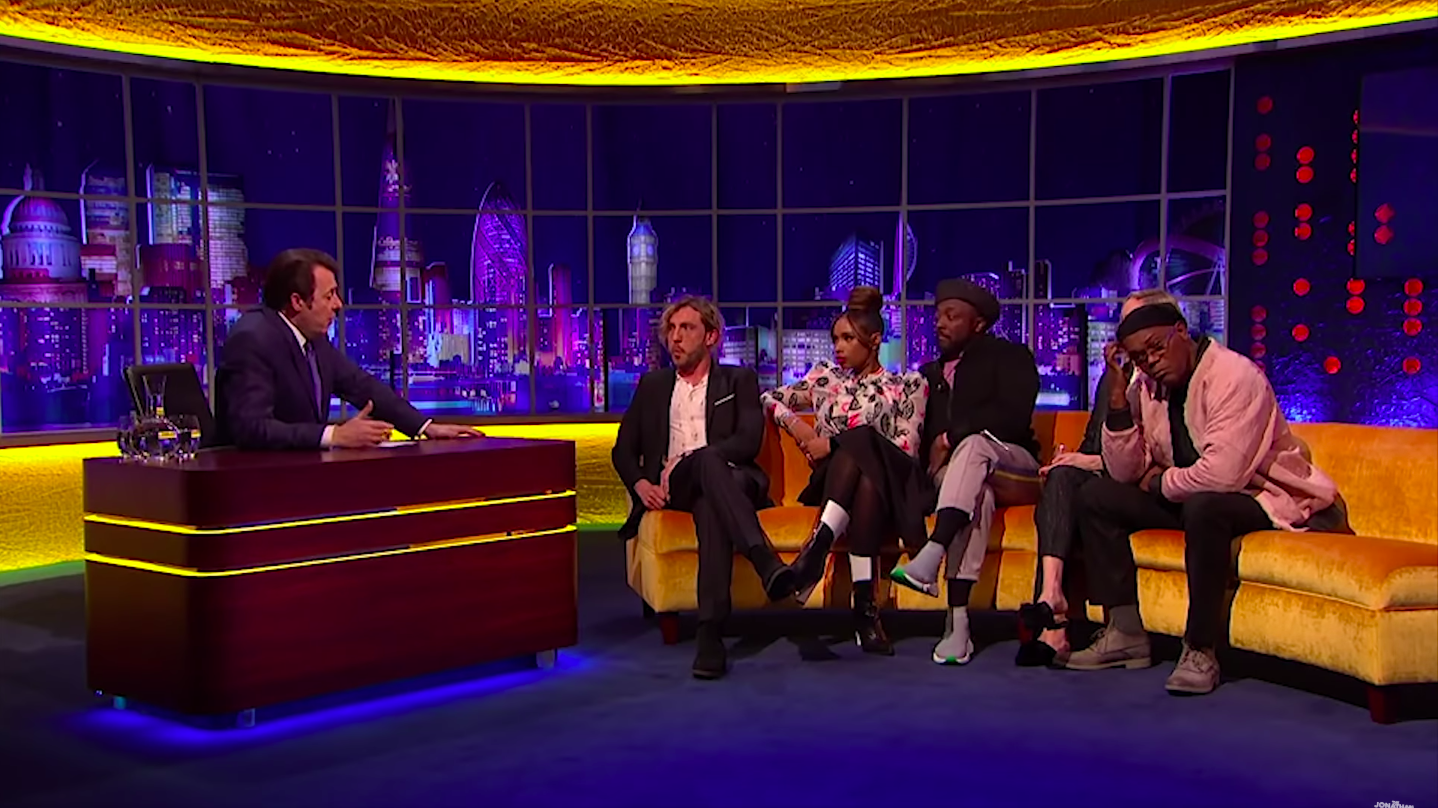 It happened to be a particularly A-list-packed show (Credit: ITV)

The TV funnyman - who has previously joked about the cheating incident - went on: "When you've gone through something like that, you end up thinking in cliches, and, y'know, if I could go back in time I would behave differently and treat her differently. Unfortunately I can only be as sorry as I am, and as regretful as I am.

"Rebecca didn't sign up for that, and it's all my fault and the mess, I take responsibility for that."

The camera panned over the other guests during the chat, who all looked very uncomfortable, and it's been reported that Brie Larson and Samuel L Jackson were particularly unhappy about sitting through it. 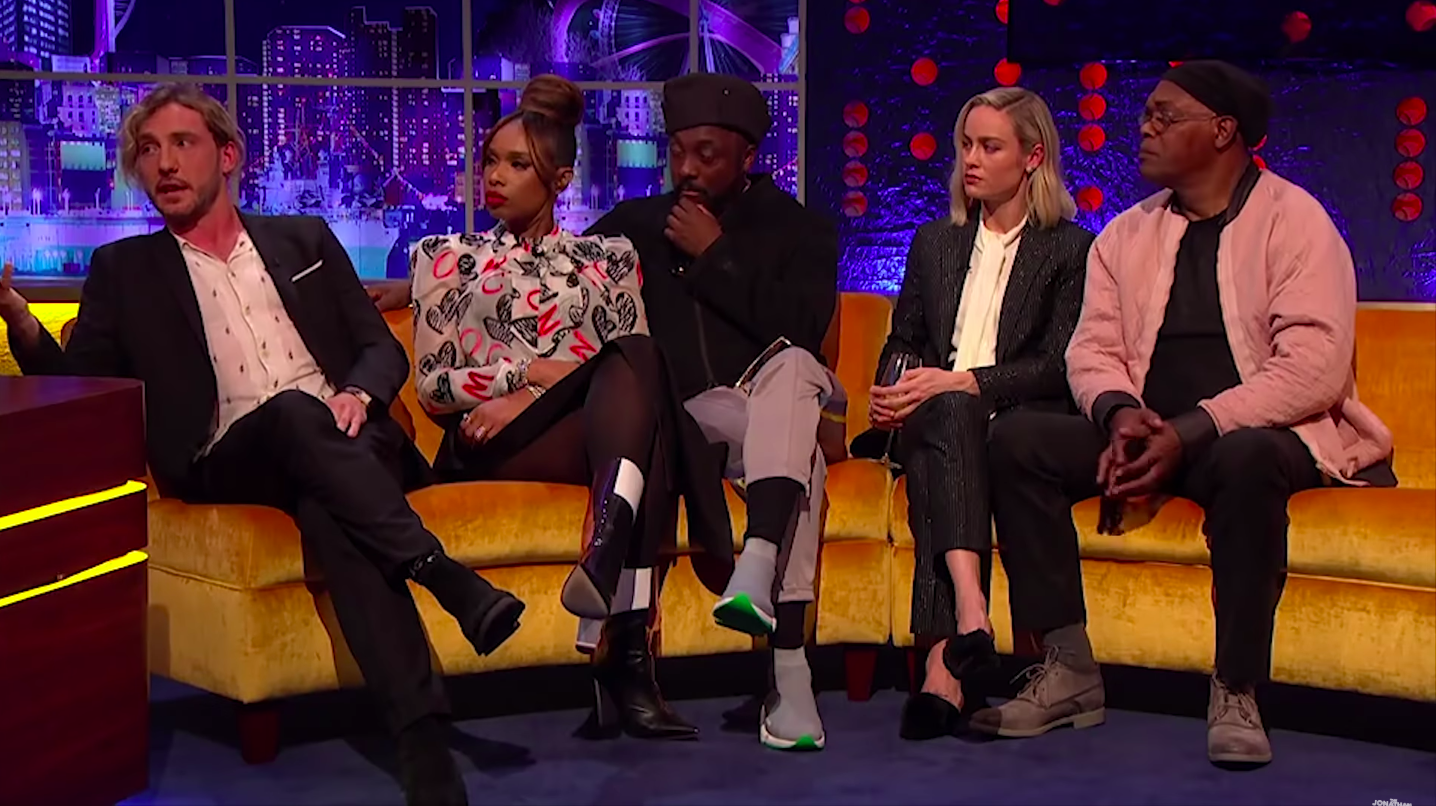 Everyone looked a bit mortified to be there (Credit: ITV)

Onlookers claimed an exchange was cut from the final show, where Samuel said to Jonathan: "What the [bleep] was that? You had to deal with it. We didn't!" Brie reportedly added: "It is painful, yeah. This is not my thing."

Viewers watching at home were shocked at the awkward conversation. One tweeted: "It was very uncomfortable and not what I was expecting from a light-hearted chat show. You could sense everyone clenching so hard that the set was in danger of being sucked up. A bad move from @wossy." 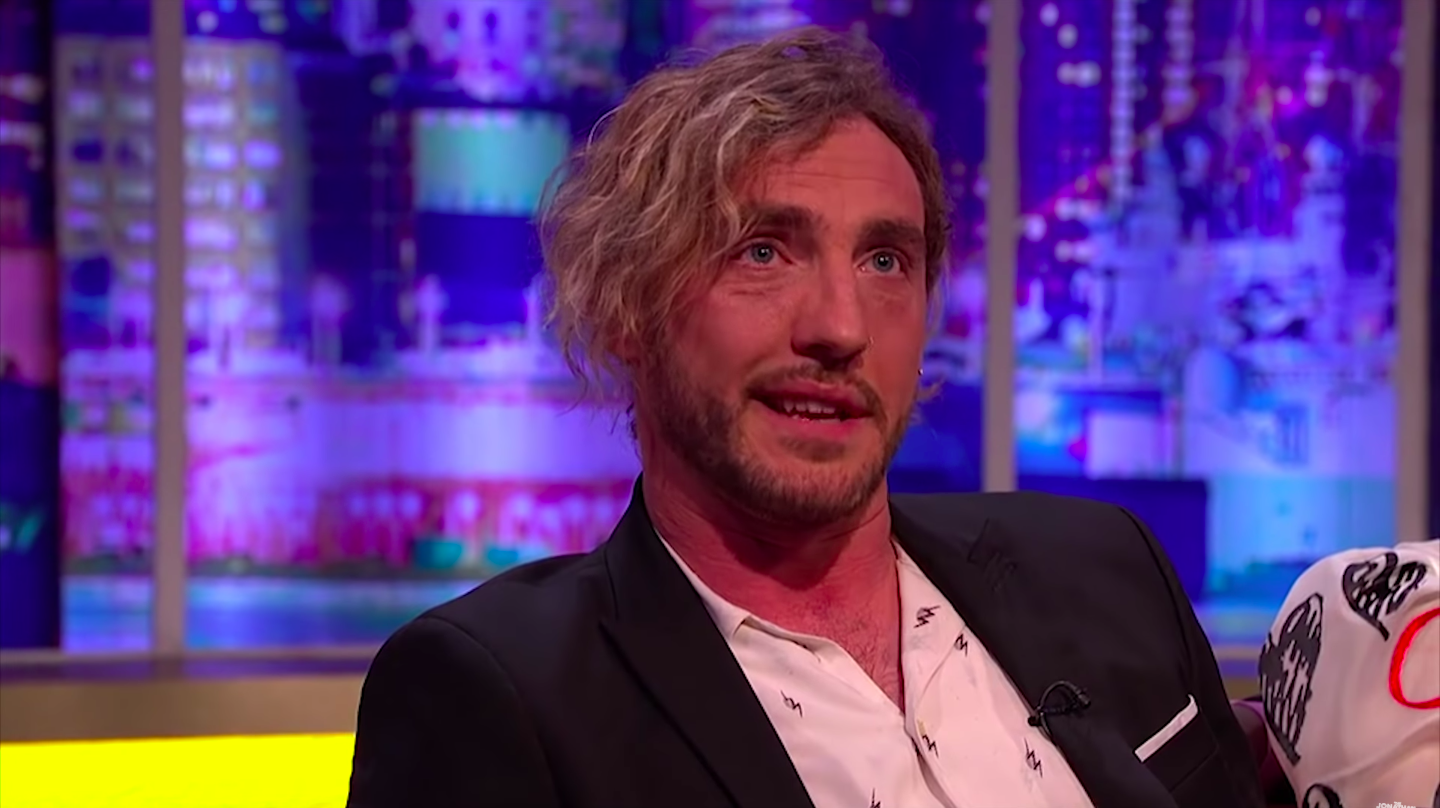 After previously joking about the cheating, he has now apologised properly (Credit: ITV)

A second added: "Seann Walsh on Jonathan Ross is one of the most awkward things I've ever seen. Also, I love Brie Larson. #jonathanross."

Another wrote: "#TheJRShow What a weird decision to put Seann Walsh on the sofa in the middle of the show. One minute about his tour but the rest was pretty awkward viewing. @wossy."

One more shocked fan added: "I don't think I've ever cringed as much as I am watching Seann Walsh on the Jonathan Ross Show just now."

Others couldn't believe that Hollywood A-listers were forced to sit there and listen. One wrote: "This was awkward. Why did an Oscar winner and Sam Jackson have to sit through that?" 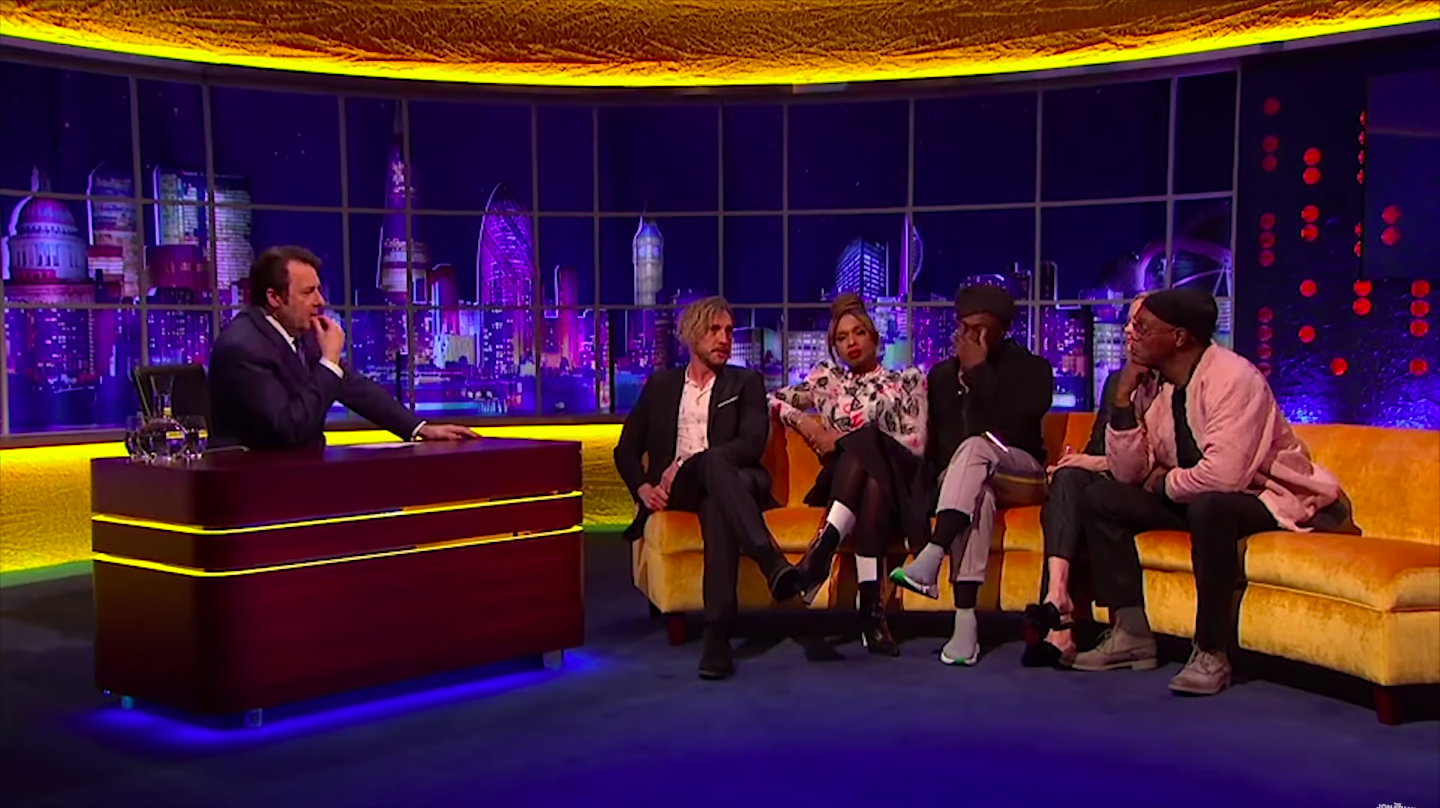 Samuel reportedly wasn't happy to be a part of the chat (Credit: ITV)

Another said: "Cringe, what a pointless question to ask. I feel sorry for the other people having to sit through that [bleep] and listen to some absolute nobody apologise for cheating on someone."

A third added: "Seann Walsh on @wossy is so awkward. Samuel L Jackson doesn’t know where to put his face. #jonathanross."

Some weren't buying Seann's apology either, writing: "So insincere. He’s been coached what to say and I don’t buy any of it...😴." Another commented: "Is anyone interested in him anymore after "that" incident? Why give him the time? Guess he is struggling to sell tour tickets..." 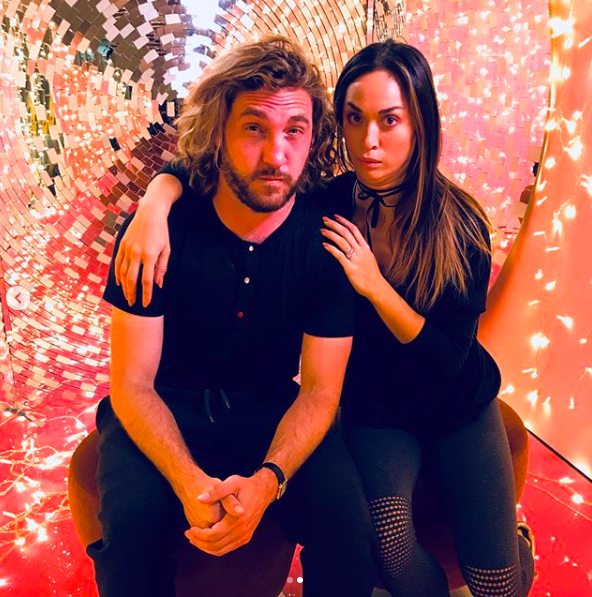 A few defended the comedian, though, with one tweeting: "@wossy Why would you put Seann Walsh in that position? Sat on a sofa with a bunch of American superstars talking about his private life. Horribly awkward. #Thejonathanrossshow."

What did you think of the interview? Leave us a comment on our Facebook page @EntertainmentDailyFix and let us know what you think.