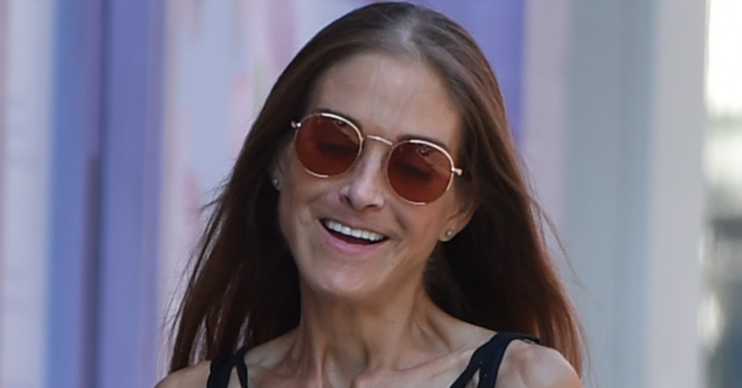 Nikki Grahame: Who Is She – what happened to Big Brother star’s dad?

Nikki died in April after a long battle with anorexia, aged 38

Nikki Grahame’s tragic life and death plays out on Channel 4 tonight (April 7) in a new documentary, but her dad doesn’t appear.

The Big Brother star died a year ago after a life-long battle with anorexia.

And, in Nikki Grahame: Who Is She, viewers see how her mum and her friends have coped over the past few months.

Nikki’s dad doesn’t appear but is referenced in the show, as Nikki‘s mum Sue admits their split was a catalyst for Nikki’s anorexia.

So what happened to her father David?

Why isn’t Nikki Grahame’s dad in the documentary?

Nikki battled anorexia for most of her life and, mere days after Nikki’s passing, her father David lost his fight with pancreatic cancer.

Nikki’s parents ‘begged nurses not to discharge her’

Nikki was found unconscious at home on April 9 after being discharged the day before from Dorset County Hospital in Dorchester.

She had been staying at the hospital to receive treatment for her eating disorder.

According to Nikki’s mother Sue, both she and Nikki’s dad David insisted she stay on for further care.

Sue – who has described Nikki’s struggle as “the fight from hell” – told the Sunday Mirror she warned medical staff that Nikki’s condition was too severe.

Sue told the tabloid: “I am destroyed. The nurses were amazing. But I told every single one: ‘She mustn’t go home. She’s too ill’.

If you let her leave, Nikki will die.

“Her father even called and told the hospital: ‘If you let her leave, Nikki will die’. But they still threw her out.”

Fans and friends raised tens of thousands in the days following Nikki’s passing to pay for her funeral costs.

The GoFundMe money-raiser was initially set up to help pay for Nikki’s treatment.

However, organisers confirmed that cash would also go to help others suffering with eating disorders.

“We will use this money to the best of our ability to try and stem this horrific, debilitating illness,” they wrote.

Celebrity friends such as Pete Bennett and Imogen Thomas were among those to pay tribute to Nikki.

If you are struggling with an eating disorder, contact BEAT on 0808 801 6077 or visit the website here for help and advice.

Nikki Grahame: Who Is She airs tonight (April 7) at 9pm on Channel 4.