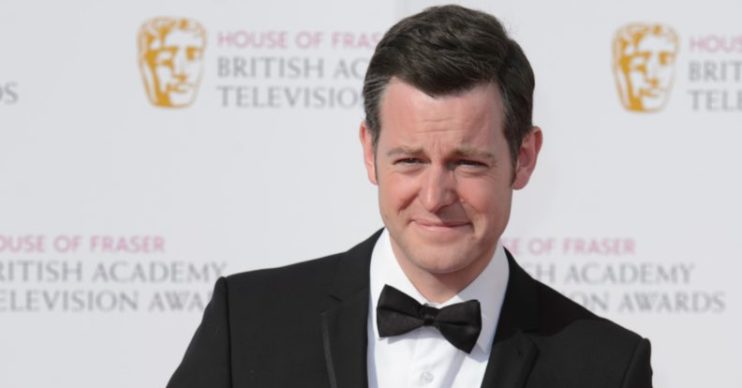 They've come up with the perfect idea

Countryfile fans have urged Matt Baker to name his new twin lambs Captain and Tom in honour of the war veteran who has raised millions for the NHS.

The television presenter has welcomed twin lambs on his farm and asked his Instagram followers to suggest names for them.

“Twins!! Look at these new arrivals on our farm – what shall we call them ??? Both boys,” he wrote.

Twins!! Look at these new arrivals on our farm – What shall we call them ???- both boys #twins #lambs #farmlife #newborn #names

Captain and Tom top the poll

Matt was quickly inundated with suggestions and Captain and Tom were mentioned many times.

War vet Captain Tom, 99, has been in the headlines for raising money for the NHS amid the coronavirus pandemic.

He walked laps of his garden to make money and raised a staggering £25 million.

Number 1 on the iTunes chart with @mrmichaelball and the NHS Voices of Care Choir, and 20 MILLION POUNDS for the @NHSCharities ! If you haven’t downloaded yet, link in bio #walkwithtom #TomorrowWillBeAGoodDay

“Captain and Tom is perfect,” said one of Matt’s followers on Instagram. Another said the names were “a great idea”.

“Yes to Captain and Tom,” chimed in another person, and one said the names were “very appropriate” in the current climate.

One of the lambs is much smaller than the other so many people voted for the names Ant and Dec after the presenters.

“Ant and Dec (the smaller one is Dec, obvs…)” quipped one fan and another posted: “The tiny one needs to be Dec!”

Sooty and Sweep, Bill and Ben, and Little and Large were also contenders.

“Awww that’s brought a smile to my face in these troubled times. Thanks Matt,” said a grateful follower.

Matt Baker says farewell to The One Show

The presenter recently hosted his last The One Show after nine years at the helm.

He appeared via video link from home because he had been suffering with coronavirus.

Matt bid an emotional goodbye to co-host Alex Jones, who welled up as he thanked her for everything.

Alex continues to present the show, but the BBC has yet to find a permanent replacement for Matt.

This week she was joined by Gethin Jones, who fans backed to be the full-time presenter.

What do you think the lambs should be called? Leave us a comment on our Facebook page @EntertainmentDailyFix and let us know.