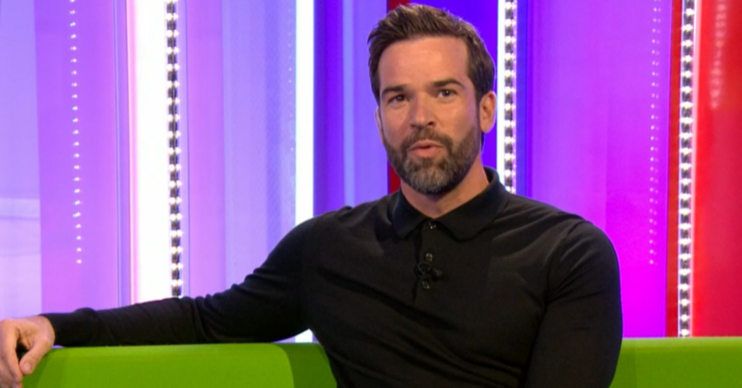 Gethin has been the stand-in host this week

The One Show viewers have called for Gethin Jones to be Matt Baker‘s permanent replacement as host.

Matt departed The One Show in emotional scenes last month, hosting the show for the final time from his home on Tuesday, March 31.

He had presented the show for nine years and his partner in crime Alex Jones bid him a tearful farewell via video link.

Read more: Stephen Mulhern ‘gaffes’ on The One Show as viewers expose his trick

Matt, 42, said: “We’ve had some good times haven’t we, Al? I’ve loved every single second of sitting alongside you, I really have,” as Alex teared up.

Alex has been left presenting the show regularly with a series of stand-in co-hosts.

She previously told The Sun newspaper’s TV Mag supplement: “We decided that we aren’t going to rush into a decision of who to replace him.

“Matt nailed it, but it’s a hard job. And it’s got to be someone I can have a laugh with.

“We’ll probably have guest hosts a week at a time over summer.

“We’ve been racking our brains and there are lists and lists [of people], but I think the right person will become obvious in their own way.

“There are loads of presenters and comedians I would love to see doing it permanently – my dream co-host is an amalgamation of different people – but they have got commitments.

“I’m hoping the universe will send the right person.”

And now the public think that person has already been found!

Gethin Jones to replace Matt Baker on The One Show?

Gethin is a big hit with the viewers and some have called for him to replace Matt on a permanent basis.

Can’t Gethin be Matt’s perma-replacement? He’s good. Would be great at Rickshaw Challenge too. #TheOneShow

why do I fancy the pants off Gethin Jones

Read more: The Bill is returning to TV!

Last night some viewers were brought to tears by a performance from McFly, who have re-recorded their hit single All About You in aid of the NHS.

The video, which sees them all singing in their respective houses, sees the boys performing with their kids.

One said: “Have to admit I had a lump in my throat as I was singing along to It’s All About You.”

“Well that was cute, McFly performing on The One Show with all of their kids (well, Dougie Poynter was with his chickens),” said another.

Should Gethin be Matt’s replacement? Leave us a comment on our Facebook page @EntertainmentDailyFix and let us know what you think of this story.