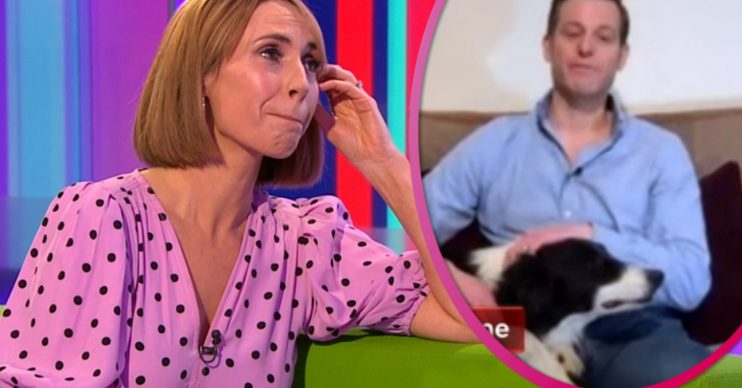 Matt hosted his final show on Tuesday, March 31, from his home after announcing he’s leaving the BBC programme after nine years.

What did Matt have to say?

Matt, 42, said: “We’ve had some good times haven’t we, Al? I’ve loved every single second of sitting alongside you, I really have,” as Alex teared up.

He continued: “I’ve watched your life change as well. You got married, [had] two children.

I’ve loved every single second of sitting along you, I really have.

“It’s quite amazing really that we’ve been together for nine, nearly 10 years. That’s rare in the world of television.

“Thank you for all of your support.”

Alex added: “No, thank you. You are holding it together way better than I am.

“It just feels so odd. I know when you’re going to speak just by the way you breathe because we’ve been together for that long.

“We’ve had such a laugh along the way and I thank you from the bottom of my heart,” as her voice cracked.

Matt said: “I want to thank each and every one of our viewers who have shown their support.

“It’s been superb, I’ve loved every single second and now I’m going to get to watch The One Show like one of you.”

Alex said: “And of course off-screen, we’ll continue to be friends. I’ll be on the phone straight after this.

“You have given everything to this show over the last 10 years and you’ve made it what it is so thank you again, Matt.”

Matt then quipped: “Thank you and don’t forget I’m on Instagram now so you can follow my life!”

They then showed some of Matt’s best moments over the last nine years.

One person wrote: “Love you Matt, [I] will miss you so much.”

Another tweeted: “Matt Baker, you’ll be sorely missed! You’re a national treasure. We love you.”

One added: “Sad to see Matt Baker leave tonight, think there’s a bit of dust floating around near my eye.”

Matt Baker, you’ll be sorely missed! You’re a national treasure. We love you. Hopefully we’ll see you regularly on our screens. You’ll always be welcome in our home. #TheOneShow #MattBaker https://t.co/QcmFeaZSGP

Sad to see Matt Baker leave tonight, think there’s a bit of dust floating around near my eye #TheOneShow

The One Show airs on BBC One, every week day, at 7pm.

Will you miss Matt on show? Leave us a comment on our Facebook page @EntertainmentDailyFix and let us know.