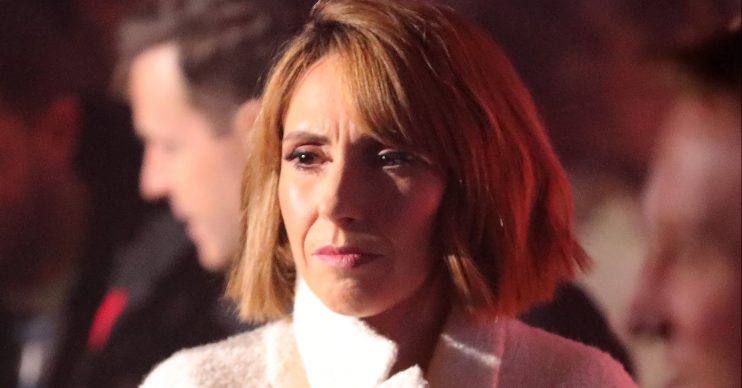 Alex Jones has shared an emotional tribute to Matt Baker on social media as he leaves the The One Show.

Taking to Instagram on Tuesday (March 31) ahead of Matt’s final episode, the Welsh star had her fans in tears as she admitted goodbyes are “always hard”.

Goodbyes are always hard @mattbakerofficial so it’s gonna be a tough @bbctheoneshow tonight. Join us at 7pm…..we might all need some tissues. 💔

She shared a snap of herself with Matt in a coastal area, sea stretching out behind them as they beamed for the camera.

“Goodbyes are always hard @mattbakerofficial,” she wrote, tagging her pal. “So it’s gonna be a tough @bbctheoneshow tonight.”

Matt Baker’s last episode of The One Show

“Join us at 7pm… we might all need some tissues,” Alex added, alongside a broken heart emoji.

Her followers rushed to comment on the snap, many of them including tearful emojis.

One said: “We will all miss Matt, he’s so lovely and you both seem to get on so well.”

Matt is the Gold Standard of the BBC TV presenters!

Another replied: “Good luck, Matt, in your next venture. Stay safe x.”

A third admitted. “Not sure I can watch!”

Fans are going to miss him

Someone else said: “Big (virtual!) hugs to you both, he will definitely be missed.”

“Matt is the Gold Standard of the BBC TV presenters!” wrote a sixth, adding, “Gonna be missed on The One Show. All the best!”

Matt fought back tears when he announced his decision to step away from the programme live on air last year.

As the programme drew to a close on December 4, Matt told viewers: “I would like to take this opportunity to say that at this time of year I like to stop, reflect and take stock.

Read more: The One Show’s Matt Baker opens up on tragic family loss

“It’s something I get to witness every year.

“I thank you all from the bottom of my heart… now I finally get to put my kids to bed.

“Thank you everyone for the most random, wonderful nine years.”

Matt will reportedly not be replaced by a permanent presenter when he leave The One Show.

According to a source quoted by The Sun, the programme will instead call on a pool of stand-in hosts, which could include presenters such as Marvin Humes, Michael Ball and Patrick Kielty.