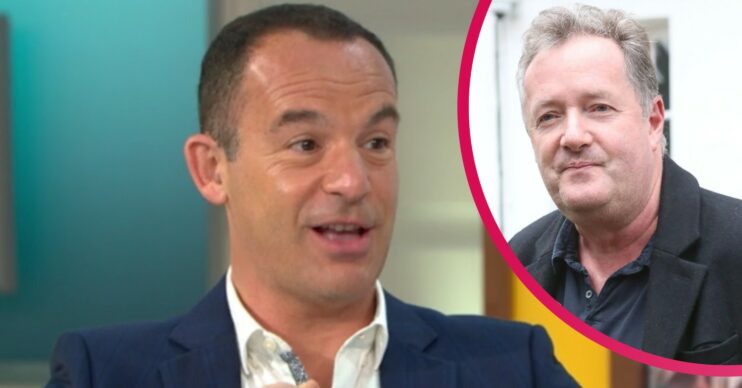 He managed to impress viewers at home

Martin Lewis has been praised by Good Morning Britain viewers as he returned to host the show today (September 9).

The financial expert appeared on the panel alongside Susanna Reid, following a brief stint in June.

But while some viewers loved the presenter, others still couldn’t shake off former host Piers Morgan.

The presenter, 49, has been one of the many famous faces taking over from Piers.

But following a successful stint in June, Martin returned at the helm of the ITV news show on Thursday.

During the programme, the star also appeared alongside Kate Garraway.

The panel went on to discuss various topics, including the migrant crisis.

And from what it appears, his hosting skills went down a treat with viewers at home.

Fans rushed to social media to share their thoughts.

On Twitter, one said: “Please make Martin Lewis a permanent presenter each morning, he is such a well balanced voice of reason, I have much respect for him.”

The only one who could replace Piers!

A third commented: “Martin Lewis & Susanna Reid make a superb team on @GMB. Would be lovely to see this standard of journalistic rigour and political insight on the show every day of the week.”

Another tweeted: “I love Martin Lewis – I’d love him to stay – the only one who could replace Piers!!!”

@GMB great to see Martin lewis on the panel today , he is such a natural host 🤗🤗🤗🤗

However, others compared Martin to former host Piers.

One shared: “Martin Lewis is on fire this morning. He is good but not Piers.”

Another agreed: “Martin Lewis is doing a far better job as guest host on @GMB than almost anyone and while he’s no @piersmorgan he is streets ahead of the cringe worthy stupidity of Richard Madeley.”

A third compared: “@GMB keep Martin Lewis as permanent presenter, he is 2nd to Piers Morgan.”

Meanwhile, a fourth posted: “There’s been some dire presenters since Piers Morgan has left, but Martin Lewis is a breath of fresh air #GMB.”