In a clip shared to Instagram on Wednesday (February 12 2020), the professional dancer showed off her new bleach blonde hair-do for her 220k followers and told them it was time for a "fresh new colour".

The 37-year-old stunner holds a hand over her face in the video, before removing it to reveal a big grin and turning her head to display her short, dyed locks.

She wrote in the caption, "Fresh new day, fresh new color. @roberto.does.hair" alongside a yellow heart emoji and the hashtag #reinventyourself.

A number of Karen's current and former Strictly co-stars, including fellow professionals and ex contestants, rushed to comment on the clip.

Gorka Marquez commented "NO! Firedance" with clapping and fire emojis.

And soap actress Emma Barton said: "She did it! Yes Karen, love it."

Karen's fans were also quick to comment, with one writing, "Looks awesome!" and another commenting, "Stunning!" while a third wrote, "Love it!" 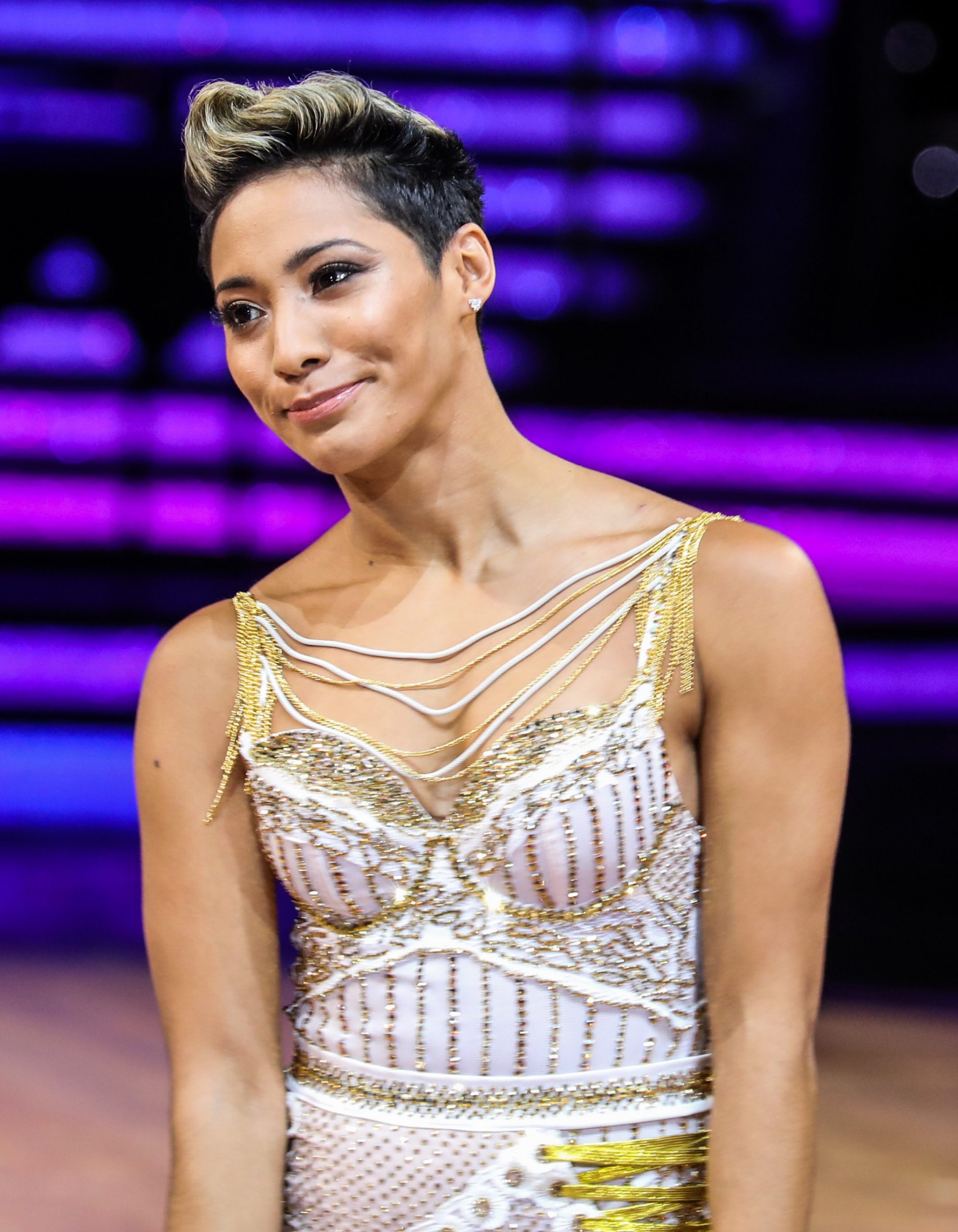 In the latest series of Strictly Come Dancing, Karen was partnered with comedian Chris Ramsey.

The pair latest until the semi-final, when the Geordie funnyman - upon discovering he had to perform again in the dance-off - joked as he predicted his own early exit.

"Shall we just call it an early night and go home?" he quipped.

Chris and Karen went first in the dance-off, performing their Rumba again, while CBBC star Karim Zeroual and his pro partner, Amy Dowden, followed with their American Smooth.

Everyone on the judging panel agreed that Karim should be saved - and viewers were sad to say goodbye to Chris.

@iamchrisramsey Semi-Finalist on Strictly Come Dancing. . Oh Friend! We did what people thought impossible. An absolute novice who took 6 months to learn his wedding day dance to a man who danced 13 dances in front of millions and created atmosphere & character through it all. . How did you get there? . I’ll tell you how. You were your absolute self the whole way through this experience. You never tried to be anything other than who you are & what a fantastic trait to show the Strictly audience. . You turned up to every rehearsal with a smile on your face, even when you hated your dance, you still smiled & worked your hardest to improve & left the studio with an even bigger smile because you knew you were heading home to the love of your gorgeous family. . Thank you for always being a gentleman & burping in the corners of the rehearsal room, for making me laugh, for bringing the audience joy when they watched you perform, for blah blah blah lovey lovey other stuff, best friend for life etc. . I don’t mind if you don’t keep dancing, but before you hang up those shoes, you better give @rosemarinoramsey that one dance she’s owed, now that you can do it properly. . K 🌻🐻 Ps. You better get up the loft ASAP. . @bbcstrictly #strictlycomedancing #strictly #sma

Chris' wife, Rosie, was reportedly annoyed over the amount of weight he lost while competing in the hit BBC dance competition with Karen.

The stand-up comic joked that Rosie, with whom he hosts a podcast, was "angry" over the fact he managed to slim down without setting foot in a gym.