This Saturday (07.12.19), the comedian and his pro partner Karen Hauer will be doing the rhumba - and some think the pair have been given the dance because producers want Chris off the show. 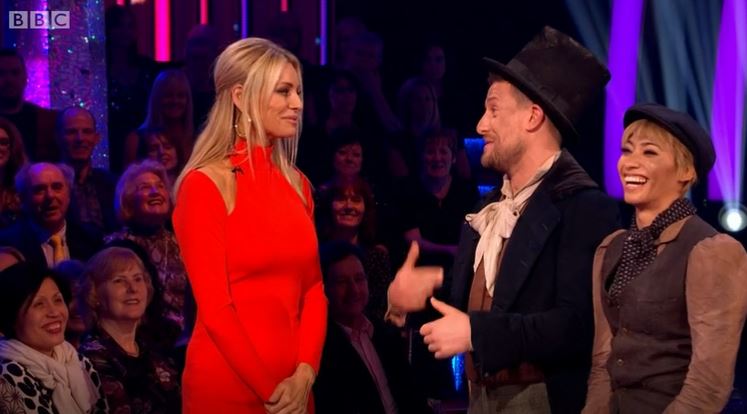 Chris was in the dance off for the first time last weekend (Credit: BBC)

On Twitter, frustrated viewers claimed the Geordie funnyman had been "set up" to fail.

Others called the situation a "stitch up" and claimed bosses were paving the way for pro Anton Du Beke to win with his celeb partner, soap star Emma Barton.

One said: "I would love to see Chris and Karen in the final, but by giving him a rhumba and a waltz, it seems the producers don't feel the same!"

Another replied: "My thoughts too... total set up."

Total stitch up giving Chris a rhumba the week before the final.

A third agreed: "Think it's all a set up for Anton to win this time... NOT happy."

Someone else tweeted: "Total stitch up giving Chris a rhumba the week before the final. Oh, and Anton gets a Waltz with Emma. Gutted but not surprised. Big love to @karen_hauer and @IAmChrisRamsey - you guys are what #Strictly is all about."

A fifth wrote: "Looks like someone's being set up to win. Isn't it just convenient how [Emma] misses the Samba?"

"Ridiculous she's getting a Waltz, like seriously producers want Anton to win," claimed a sixth.

I would love to see Chris and Karen in the final, but by giving him a rumba and a waltz, it seems the producers don't feel the same! #Strictly #Strictly2019

Think its all a set up for Anton to win this time......NOT happy

Cha Cha cha’s still easier than a Samba or Argentine tango would’ve been, and ridiculous she’s getting a Waltz like seriously producers want Anton to win

Bookies currently have Chris down as the celebrity most likely to be booted off this weekend.

At Oddschecker, he is currently the favourite to go on Sunday with odds of 2/7, followed by Emma at 9/2 and Karim Zeroual at 10/1.

Former Emmerdale actor Kelvin Fletcher, according to bookies, is the least likely to fall at the semi-final, at 40/1. 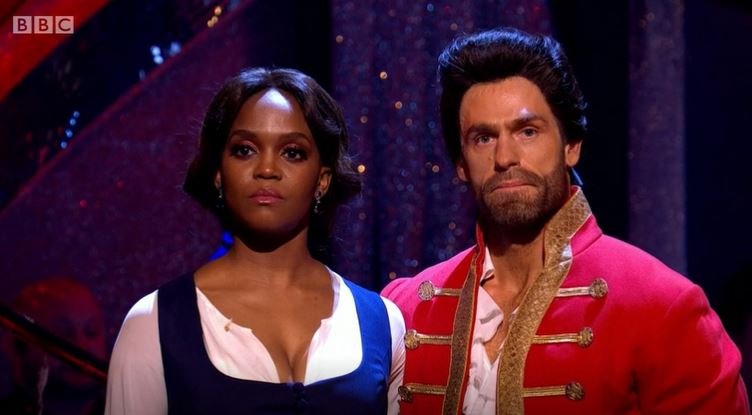 Oti and Kelvin are the least likely to go this weekend, according to bookies (Credit: BBC)

Last weekend, Chris narrowly avoided elimination when he ended up in the dance-off against former footballer Alex Scott and pro Neil Jones.

After the couples' dances, the judges made their decision. Both Craig and Motsi decided to save Alex and Neil, while Bruno then chose to save Chris and Karen. Head judge Shirley had casting vote and chose Chris and Karen, knocking Alex from the show.

Do you think Chris is being set up to fail? Leave us a comment on our Facebook page @EntertainmentDailyFix and let us know.